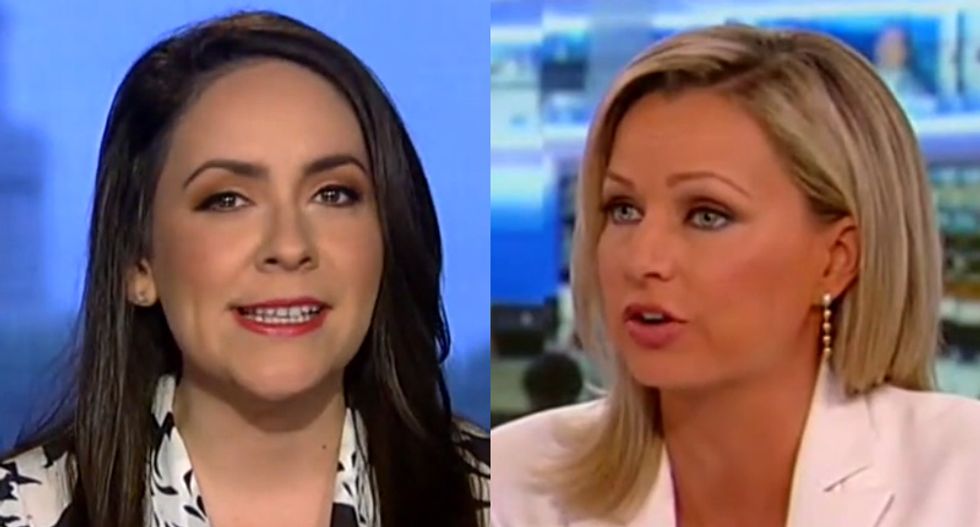 The hosts of Fox News' America's Newsroom once again invited DNC Communications Director Xochitl Hinojosa onto their program, after President Donald Trump fired off a series of tweets late last month attacking them for interviewing her.

"Just watched @FoxNews heavily promoting the Democrats through their DNC Communications Director, spewing out whatever she wanted with zero pushback by anchor, @SandraSmithFox. Terrible considering that Fox couldn’t even land a debate, the Dems give them NOTHING!" the president tweeted on August 28.

During their 10-minute interview on Thursday, however, Fox News hosts Sandra Smith and Bill Hemmer both aggressively clashed with Hinojosa -- interrupting her multiple times.

"There is an important conversation happening in our party," Hinojosa said. "All of them believe that climate change is real and that we need to address this urgent threat in our nation and our world."

"I think the difference is you saw yesterday Donald Trump, in order to prove a tweet right, was trying to put Alabama in the pathway of a hurricane. He doesn’t show up to meetings with world leaders," she added.

"We don’t have any evidence he did that," Smith interrupted. "He says he doesn’t know who did it."

When Hinojosa tried to say that Trump and the Republican Party didn't care about climate change, Smith again interrupted her.