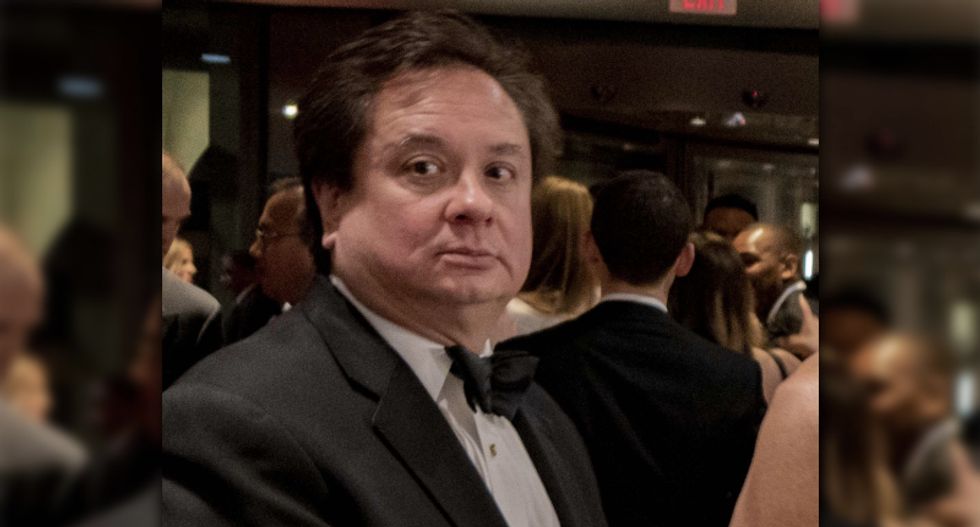 In the wake of Donald Trump's insistence that he was absolutely correct that Hurricane Dorian was bearing down on Alabama -- and his inability to admit he was wrong -- the husband of counselor to the president Kellyanne Conway, reposted a tweetstorm from a Twitter account specializing in "narcissistic & antisocial personality disorders" to make the case for the president's removal before it's too late.

Conservative attorney George Conway -- who has repeatedly stated that Trump suffers from narcissistic personality disorder -- found validation in tweets from @AntiNarcopathyPharmD which he proceeded to share with his 656,000 twitter followers.

Using Trump's refusal to admit he was wrong about the hurricane path, the AntiNarcopathy wrote, "Trump is conscienceless. He doesn’t have a normal emotional operating system. He knows he’s defective. This true self is unacceptable to him so he manufacturers and manipulates an idealized self he can live with into being. He represses the true self."

The next tweet explained, "He will do anything to protect his idealized self and prevent you from learning he’s irreparably defective. His entire survival depends on preserving and protecting the idealized self from exposure. He’s learned to pretend he has humanity by observing others."

Through seven tweets (which can be seen below) making the case, AntiNarcopathy concluded: "This President is mentally unfit due to personality disorders that make him conscience defective and disconnected from reality and humanity. Many of us warned of his dangerousness in early 2016, long before he was the GOP nominee, let alone the POTUS.