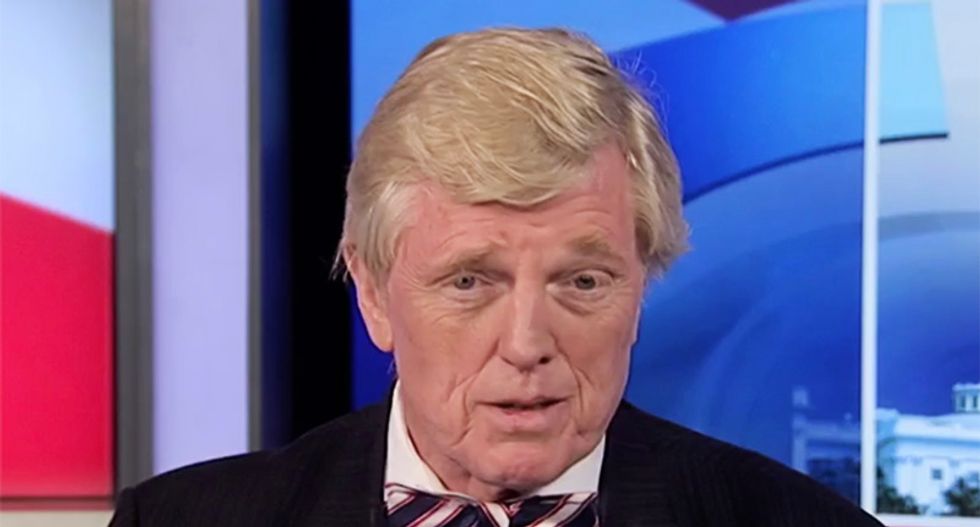 Appearing on MSNBC with host Alex Witt, a former SDNY prosecutor who served with Rudy Giuliani when he was a U.S. Attorney said there was no doubt in his mind that the former New York City mayor will face criminal charges over his dealings with officials in Ukraine.

Speaking with the host, attorney John Flannery noted that many of Giuliani's former associates who served as prosecutors believe he has broken the law.

"It's been a long time coming, the levels of disappointment with Rudy," Flannery began. "When I first knew him, I thought he was the kind of fellow we would find on the Supreme Court in his Bobby Kennedy days before he went to Washington. Now I see a guy who should be arrested for impersonating a criminal defense attorney."

Wit  later in the interview pressed the former prosecutor about Giuliani's shenanigans in Ukraine, asking, "Do you think Rudy Giuliani is in legal jeopardy?"

"Absolutely, " Flannery shot back without missing a beat. "We have a combination of bribery, we have the Foreign Corrupt Practices Act at risk here because we're paying a favor, withholding funds and expecting a condition precedent that favors the president favorably before the funds are given, and we also have efforts to conceal the very document we had in this conversation by people in the White House."