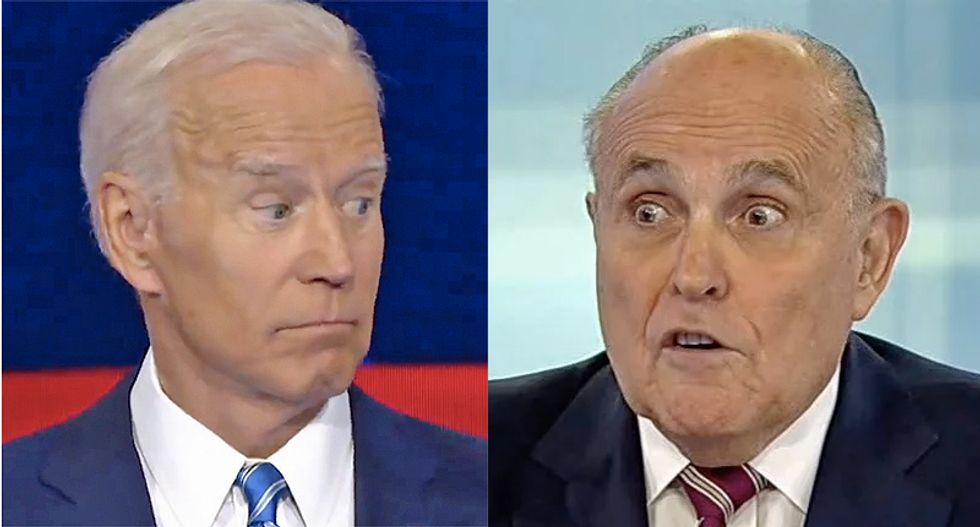 Vice President Joe Biden's campaign sent a letter to cable news networks demanding that they stop allowing Rudy Giuliani to appear on their airwaves if he's going to outright lie.

According to the Daily Beast, the letter was from Biden officials Anita Dunn and Kate Bedingfield. As Giuliani continues to make news by going off on live television. The false information Giuliani spreads may be fact-checked by reporters, but "it is hard for the corrections to catch up."

“We are writing today with grave concern that you continue to book Rudy Giuliani on your air to spread false, debunked conspiracy theories on behalf of Donald Trump. While you often fact check his statements in real time during your discussions, that is no longer enough. By giving him your airtime, you are allowing him to introduce increasingly unhinged, unfounded and desperate lies into the national conversation,” the letter says.

“We write to demand that in service to the facts, you no longer book Rudy Giuliani, a surrogate for Donald Trump who has demonstrated that he will knowingly and willingly lie in order to advance his own narrative,” the letter went on.

Read the full letter at the Daily Beast or in the tweet below.