Harvard Law professor warns Trump: If you resist the investigation, it'll be 'another article of impeachment' 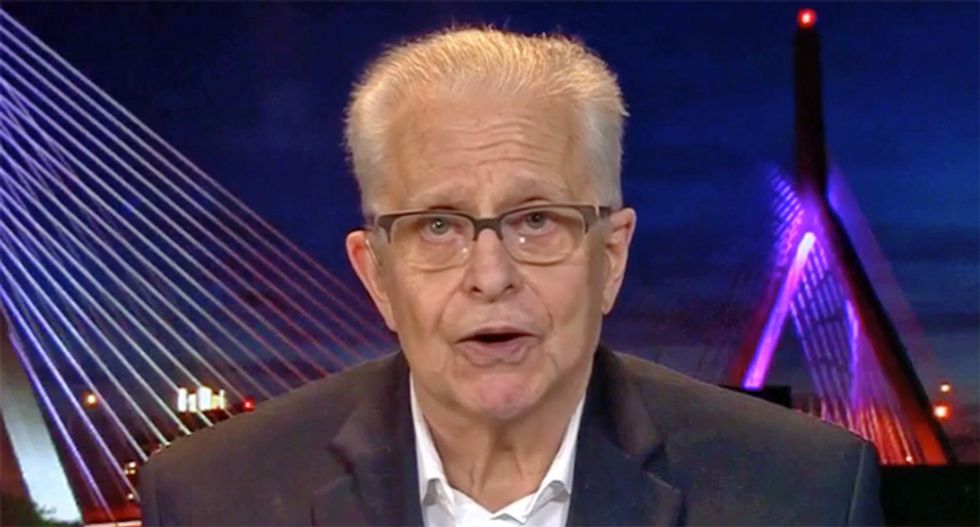 People in President Donald Trump's orbit are already suggesting they may defy cooperating with House Democrats' impeachment investigation. Most notably, Rudy Giuliani has claimed he has to "consider" whether to comply with it.

On MSNBC's "All In" Monday, Harvard Law professor Laurence Tribe offered a stark warning to Trump's team: This isn't like the previous battles with Democrats in court. This will move fast — and steamroller anyone who gets in the way.

"There's a really interesting question to me about the showdown that will take place over testimony and documents from people like Rudy Giuliani," said anchor Chris Hayes. "This is Rudy Giuliani saying, I have received a subpoena signed by only Democratic chairs who have prejudged the case. It will be given appropriate consideration. How do you see the legal arguments going, now that the House is going to try to compel testimony and documents from people that are going to resist with everything they have?"

"No longer is it going to be a protracted fight in the courts," said Tribe. "Adam Schiff has made clear, as I think the intelligence committee and the other committees will, that from now on it's a showdown."

"That is, if they try to resist the subpoenas on the basis of phony attorney client privileges which, for example, in this case don't apply," continued Tribe. "Rudy was not acting as Donald Trump's attorney and, anyway, the attorney-client privilege doesn't cover criminal conspiracies. If they resist, instead of being taken to court they will simply be told, all right, we're going to draw all the inferences against you. This is going to become another article of impeachment against the guy who is stonewalling and telling you to resist."

"So that in the past it was all very polite, yes, please, answer, here's another nasty letter. Now it's all going to be showdown time and it's going to be quick and that's important," said Tribe.