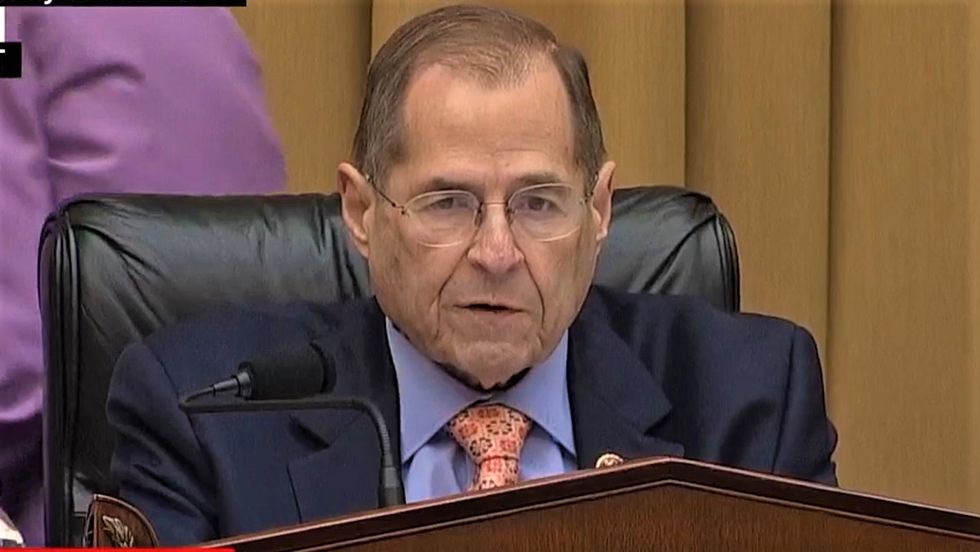 According to a report late Friday, the House Judiciary Committee will vote as early as next Wednesday to set the parameters for an “impeachment investigation” of President Donald Trump.

The Politico report states Chairman Jerry Nadler (D-NY) will proceed "on a resolution to spell out the parameters of its investigation. The precise language is still being hammered out inside the committee and with House leaders. A draft of the resolution is expected to be released Monday morning."

According to a source who listened in on the conference call on Friday, the plan is to "intended to increase the 'officialness" of the ongoing probe, following a six-week summer recess in which some Democrats struggled to characterize to their constituents that the House had already begun impeachment proceedings."

Among subjects that might be the focus of the proceedings, should they go forward, Politico reports, the Democratic-controlled House committee could be looking at "allegations that Trump directed hush money payments to women accusing him of extramarital affairs in the weeks before the 2016 election, as well as evidence that Trump has sought to steer U.S. and foreign government spending to his luxury resorts, raising questions about whether he has violated the Constitution's Emoluments Clause."