'Lewandowski gave the House what they needed for articles of impeachment for Trump': Ex-Republican official 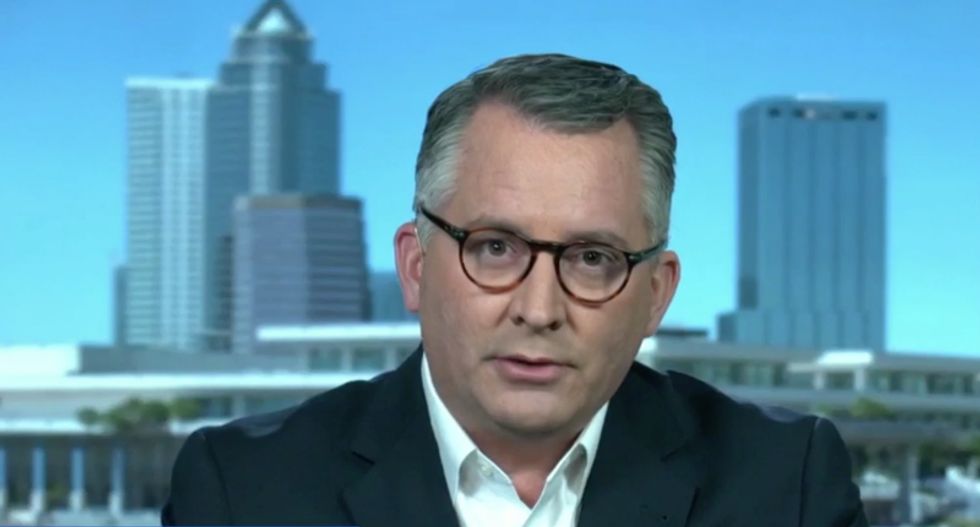 Corey Lewandowski gave Democrats what they needed to file articles of impeachment; a former Republican member of Congress confessed on MSNBC Tuesday.

"Well, the president was initially cheering Lewandowski’s opening statement and the way he started off this hearing which was obvious to everybody he went in there looking for a fight, he was performing for the president," said NBC contributor Ben Rhodes. "This is a guy who is trying to run for Senate in New Hampshire and who during a recess tweeted out a link to his Senate campaign committee telling people to follow him."

The fact that Lewandowski was planning to make the hearing into a spectacle was going really well until he ultimately confessed Trump obstructed justice.

"What happened in the last hour came after three, four hours of testimony and so the question — you know, I haven’t had time to touch base with people inside the White House to report out what the president thinks of the last hour, but I’m going to guess that they are not as pleased with Corey Lewandowski being exposed, obviously, as somebody who’s willing to lie to the press and being caught in those lies by very skilled questioner."

Host Chris Matthews said that it's clear Lewandowski isn't as skilled as the president at getting away with lies.

"This guy went out there having a hot dog for about an hour or two, selling his book and having the time of his life up there, enjoying it like he was in the end zone like he kicked a touch down or something," said Matthews. "And here’s the guy caught up in a lie right on television which will never go away he will always be the guy who said I lied for Trump."

Former Rep. David Jolly (R-FL) noted that this confession that he's a liar came just after he announced his bid for the U.S. Senate.

"An hour after as Eli said announcing his New Hampshire Senate bid, he announces to the world he’s a liar," Jolly said. "He confirmed for the world today, Corey Lewandowski did, that he lies to the American people and he’s asking to be part of the United States Senate. That works in Trump’s GOP, but I think New Hampshire Republicans are smarter than that."

The other confession, Lewandowski made was that Trump instructed him to commit obstruction of justice.

"And this is one of those hearings where the transcript, the written transcript will be much more damning than some of the things Lewandowski actually said," Jolly continued. "Lewandowski gave House Judiciary Committee what they needed today for an article of impeachment against the president of the United States for obstruction of justice."