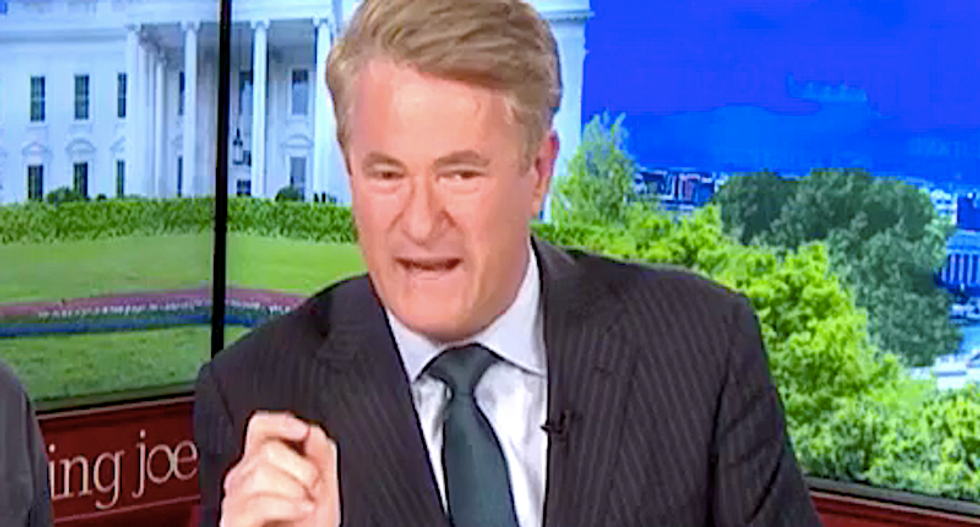 The president has insisted that he asked Ukraine's president to investigate the former vice president's diplomatic efforts in the country as a possible case of corruption, but the "Morning Joe" host said Biden, not Trump, had been trying to root out a corrupt Ukrainian prosecutor.

"The Trump administration is hoping that Americans are so ignorant that they actually believe the investigator was fired by Joe Biden because he was looking into a company that Biden's son was attached to," Scarborough said. "The reality, and if you can go into this a little bit, the reality is that the (International Monetary Fund) and other Western leaders wanted this investigator fired in part because -- critical point here, critical point, everybody, wait for it Trump fans -- because there was a concern he was not investigating that company and others aggressively enough."

Scarborough said the facts already laid out in the past week's reporting are damning enough, even before a transcript or whistleblower complaint are released showing what Trump actually said to his Ukrainian counterpart.

"He would never say on the phone call there was a quid pro quo," Scarborough said, "but we have facts in front of us."

"We have congress passing $391 million of support, military support for Ukraine, after they have attacked and Donald Trump has attacked Barack Obama for years for not sending that sort of defense weaponry to Ukraine," he added, "and then Donald Trump decides in the middle of July suddenly to tell Mick Mulvaney, 'Hey, kill that, we're not going to send it over to them. If anybody asks, just say it's interagency mumbo jumbo.'"

"Then suddenly he talks eight times to the president of Ukraine," Scarborough concluded, "eight times saying, you need to work with my personal lawyer. They have a good conversation, he apparently gets reassurances and then what happens, the $391 million is released. I can tell you, not only in the court of law, but I would suggest among American citizens, that's pretty strong evidence."