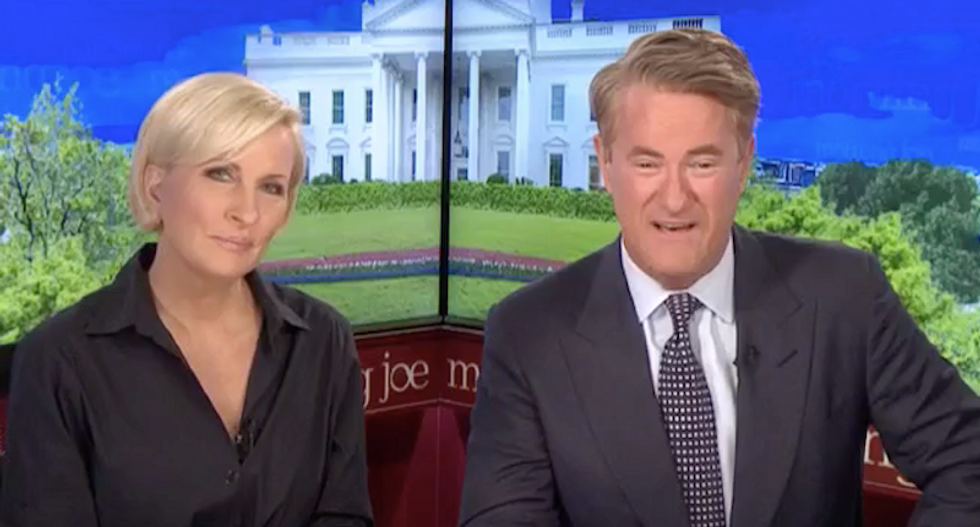 The former White House press secretary pranced around in neon green ruffles on ABC's "Dancing With The Stars" as part of a bid to rehabilitate his image after serving Trump, and the "Morning Joe" host ripped Spicer and other former officials who gave their loyalty in exchange for nothing.

"It's really unbelievable," Scarborough said. "This is what autocrats do. He's not an autocrat, of course, he's a would-be autocrat, if he lived in a country that was allowed to be one."

"These are loyalty tests," he added, "and despite the fact that Republicans have been sycophants and allowed this guy to breach constitutional norms, to breach political norms, to say the worst things about P.O.W. war heroes, to say the worst things about other American heroes, to attack everybody left and right, they've remained mute while he called the Fed chair enemy of the United States, enemy of the people, calls the press an enemy of the people. His Greenland debacle where he canceled a meeting with the NATO ally."

Co-host Mika Brzezinski cut him off, saying they didn't have enough time on the show to list all of Trump's abuses.

"We don't have enough time," Scarborough concluded, "and yet the Republicans remain silent. But isn't this the way autocrats behave? They're loyalty tests, and then you never, ever, ever are sufficiently loyal enough, and you find yourself wearing green ruffles on 'Dancing With The Stars' a year later."

"No, I'm serious," he added. "I'm serious, go down the list of people who have done what Donald Trump has ordered them to do, they're all out and they're all lesser people because of the humiliation he put them through."