Oklahoma teen threatened to shoot up school to show co-worker 'not everyone that owns a gun is a bad person': police 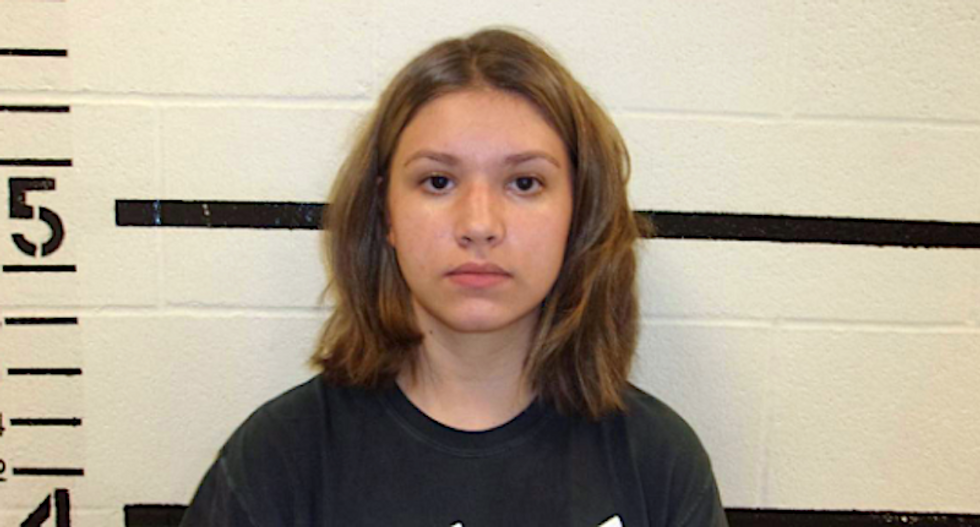 An Oklahoma teen was arrested after threatening to shoot up a high school she had been suspended from over weapons and Nazi symbols.

Alexis Wilson was taken into custody after a pizzeria co-worker reported that she threatened to shoot 400 students at McAlester High School, where she had attended before dropping out as a freshman, reported KJRH-TV.

The 18-year-old had been suspended for bringing a knife to school and then again for displaying swastikas on her personal belongings, a school resource officer told the Pittsburg County Sheriff's Office.

Wilson's Facebook page showed an interest in the 1999 Columbine High School massacre, and she's wearing an "Anarchist Cookbook" T-shirt in her mugshot.

Investigators said Wilson had an Ak-47 rifle with six high-capacity magazines and several rounds of ammunition, and she also had a 12-gauge shotgun.

The school posted additional security after learning of the alleged threat.

Wilson told deputies that she had been bullied at the school before dropping out, and she completed a program at the Thunderbird military academy that advertises itself as an alternative to public school.

She tried to re-enroll at McAlester but was not allowed to return this fall.

Wilson told investigators that she made the threat while trying to persuade her co-worker that “not everyone that owns a gun is a bad person."

She was charged with a felony for making a terrorist threat.