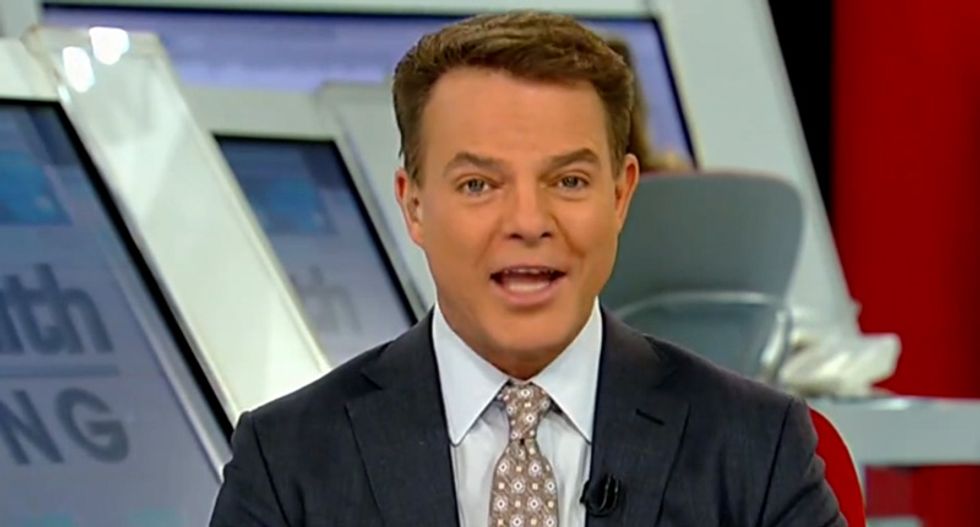 On Tuesday, the White House announced that national security advisor John Bolton was fired. The departure does not appear to have been expected. Bolton had been scheduled to take part in a press conference with Secretary of State Mike Pompeo and Treasury Secretary Steven Mnuchin.

Soon after the news was announced, Bolton shot off a tweet claiming that he'd willingly resigned. On Fox News Tuesday, Shepard Smith joked about the revolving door of officials. Smith noted that it's clear the two men often clashed.

"That part is without question," he said. "They disagreed on the Taliban coming to Camp David and more. North Korea, Venezuela, Syria and Iran," he said.

"The departure was so abrupt, it came 90 minutes before Bolton was scheduled to appear with cabinet members in a news briefing at the White House," Smith pointed out. "The story of what actually happened with his departure, whether from the Trump train he jumped or by the president he got bumped has not one but two scripts."

Top Stories Fox News
Report typos and corrections to: corrections@rawstory.com.
Like this article ? Text `Support` to 50123 to donate.
READ COMMENTS - JOIN THE DISCUSSION

Mehmet Oz rose to fame telling millions of viewers to hand over their money to supplement companies selling products of questionable medical value.

Now, the Garden State resident and heart surgeon is asking for money for himself to underwrite his 2022 bid for the Republican nomination for Pennsylvania’s open Senate seat

Michael Flynn is always in the news for the worst reasons.

Today, it’s because of the former Trump advisor’s feud with Lin Wood and the leaking of text messages and audio recording during which he calls QAnon “total nonsense” as well as a CIA psy-op. Last time, he was calling for a single religion in the United States. Time before that, QAnon members accused him of being a Satanist for a sermon at a church drawing from a former New Age apocalyptic leader.

When the Department of Defense released its annual report on Chinese military strength in early November, one claim generated headlines around the world. By 2030, it suggested, China would probably have 1,000 nuclear warheads — three times more than at present and enough to pose a substantial threat to the United States. As a Washington Post headline put it, typically enough: “China accelerates nuclear weapons expansion, seeks 1,000 warheads or more, Pentagon says.”

The media, however, largely ignored a far more significant claim in that same report: that China would be ready to conduct “intelligentized” warfare by 2027, enabling the Chinese to effectively resist any U.S. military response should it decide to invade the island of Taiwan, which they view as a renegade province. To the newsmakers of this moment, that might have seemed like far less of a headline-grabber than those future warheads, but the implications couldn’t be more consequential. Let me, then, offer you a basic translation of that finding: as the Pentagon sees things, be prepared for World War III to break out any time after January 1, 2027.