'The American military should not be for sale': Ex-White House adviser shreds Trump's cash-for-war deal with Iran 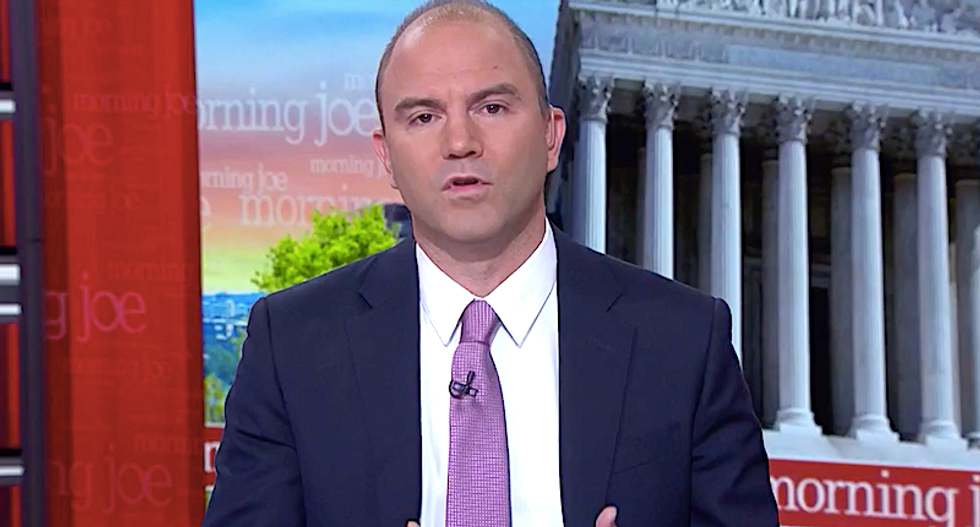 "American foreign policy should not be for sale," Rhodes said. "The American military should certainly not be for sale to the highest bidder, especially someone like Mohammed bin Salman, who's been demonstrated to be a murderous dictator killing a journalist for the Washington Post in a consulate in Turkey while also launching this war in Yemen that's had disastrous consequences."

Rhodes pointed out that the U.S. does not have a treaty obligating them to defend Saudi oil fields, and he said the kingdom's record on human rights was deeply concerning.

"Saudi Arabia is not a treatied ally of the United States," he said. "We have no obligation to come to the defense of their oil fields, and increasingly they're a country that should concern us in terms of their complete rejection of democratic values. I think the American people would look at this and not think it was a wise idea go to war on behalf of this particular Saudi leader."

Rhodes has criticized the Obama administration's support for the Saudi war in Yemen, but he said the situation has only gotten worse under the leadership of bin Salman and Trump.

"Clearly, under Mohammed bin Salman, who emerged as the de facto leader in 2015-2016, they have taken a dark, dark turn," he said. "What I've seen since Trump came to office is American foreign policy has become a Saudi wish list. You had the blockade against Qatar, you had open-ended blank check support for this effort in Yemen. You had the pull-out of the Iran nuclear deal. What we have to ask is why?"

Rhodes suggested the Saudis were paying off Trump and his son-in-law Jared Kushner.

"Trump tells us they pay cash not just for our airplanes, they pay cash at Trump properties," Rhodes said. "We don't know what Jared Kushner has been talking about with Mohammed bin Salman, as it relates to the potential corruption of American foreign policy."