‘This is a five-alarm fire’: CNN anchor goes off on the ‘Trumpster Fire’ in the White House 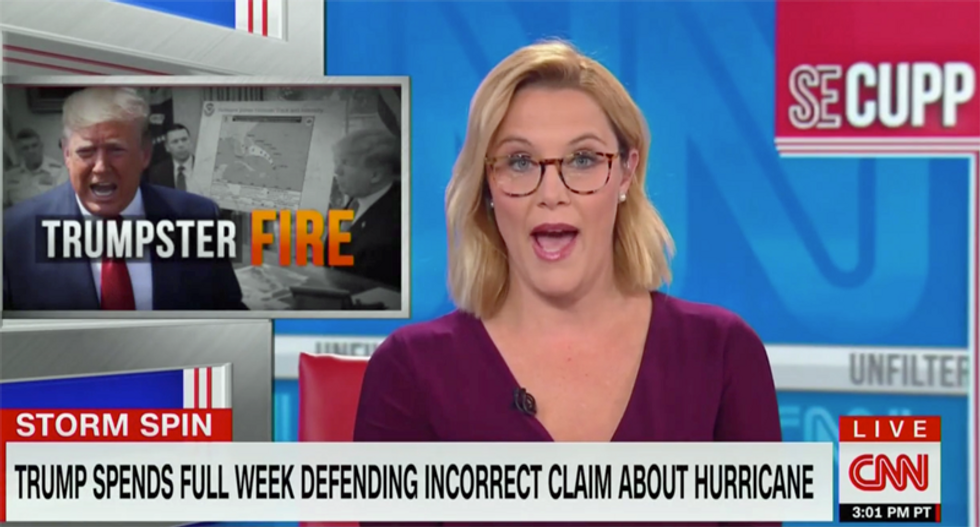 CNN on Sunday warned about President Donald Trump's "deranged campaign" to continue lying to the American people about his management of Hurricane Dorian.

"Hurricane Dorian has neared the end of its destructive path, but the Trump administration is still trying to prove that the president’s false warning from a week ago was actually not factually inaccurate," anchor S.E. Cupp noted.

The host explained how Trump repeated the incorrect claim on Saturday -- his seventh day in a row spreading the lie.

Cupp also noted how Trump got the National Oceanic and Atmospheric Administration (NOAA) to issue an unattributed statement attempting to clean up Trump's mess.

"Here's tonight's headline: This is a five-alarm fire. Really let this sink in. This president got a government agency to contradict its own scientists to make his falsehood sound more true," Cupp explained.

"Here is the deal: What the president did is truly indefensible. It's also likely illegal under the U.S. Code titled, 'false weather reports, making it a crime to make false claims under the authority of government weather science. But this habit of using the government to cover for his lies and failures is an abuse of power," Cupp concluded.