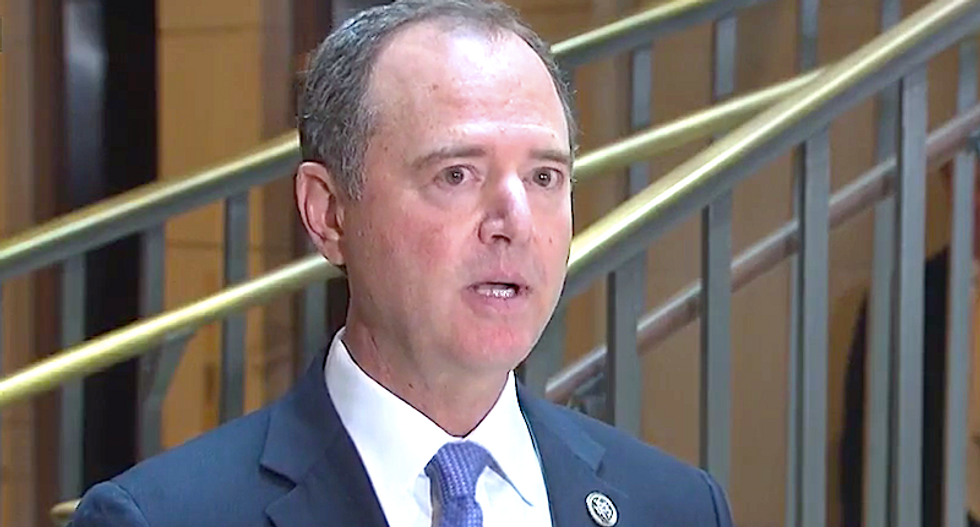 The Washington Post revealed the complaint covered an improper "promise" made by President Donald Trump in a phone call to an unspecified foreign leader, and Schiff contradicted Department of Justice denials about their involvement.

"I don't know whether the White House is directly involved," Schiff said, "but we do know that they are making some claim that a privilege may apply. Well, that narrows the category who may be intervening."

Schiff said the whistleblower and intelligence community inspector general had followed the law, but he said acting director of national intelligence Joseph Maguire was violating clear statutes in refusing to turn over the complaint to his committee.

"We do not have the complaint, we do not know whether the press reports are accurate or inaccurate about the contents of that complaint," Schiff said. "But what I do know is this. If, in a manner within the jurisdiction of the director of national intelligence, you have an employee of that community or contractor or detailee who follows the law and makes a complaint, and it is possible for the subject of that complaint to essentially quash the complaint or keep it from Congress, then this system is badly broken."