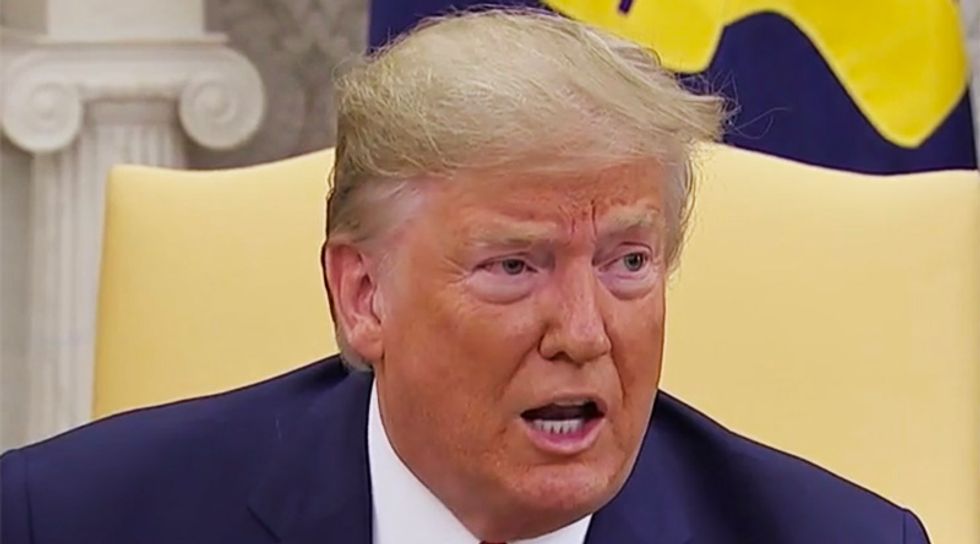 During an appearance with the Australian Prime Minister Scott Morrison in the Oval Office, Donald Trump boasted to reporters he could wipe out Iran that very moment-- and that would give them something to write about.

The president referred to the fact that he has previously been accused of wanting to plunge the country into war before praising himself for his self-restraint.

That led to an extended riff by the president on the damage he could inflict on Iran.

"Because the easiest thing I could do, 'Okay, go ahead knock out 15 different major things in Iran.' I could do that and it's all set to go. But I'm not looking to do that if I can," he continued. "I think I've changed a lot of minds."

"People are very surprised -- and many people are extremely happy, many people are thrilled," he added. "And many people are saying, 'Oh, I wish you'd, you know, hit the hell out of them.' Well, let's see what happens. But it will take place in one minute. I could do it right here in front of you, and that would be it. And then you would have a nice, big story to report."