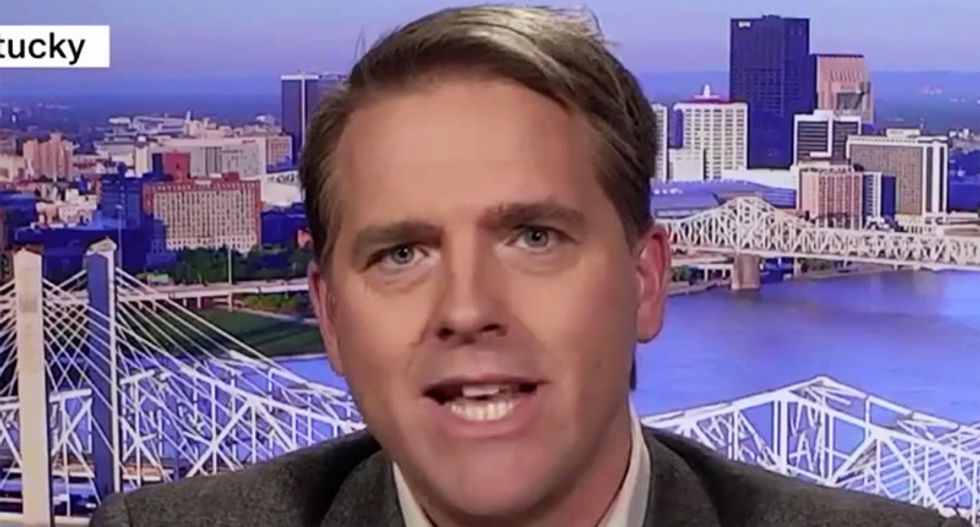 According to a normally stalwart defender of Donald Trump, the president is acting like a "fool" by allowing Rudy Giuliani to run around Europe looking for dirt on former Vice President Joe Biden and his son.

"Scott, we know that Rudy Giuliani says he will not testify without a green light from President Trump and that the conversations should be protected by attorney/client privilege. Is that protection applicable here?" host Paul asked.

"Well, I'm as qualified to give legal advice as Hunter Biden is allowed to give natural gas advice for $15,000 a month," Jennings replied. "No, he's not elected or appointed. I'm not sure what his privilege might be of an executive nature. I guess if he was doing legal work, there would be some privilege with that.

"He went to Ukraine as the personal attorney of the president, he was not in government at the time, yes? "Jennings was pressed.

"Yeah, but the question is: was he doing legal work enough to cover that privilege? I don't think we know the answer to that question," he explained. "Look, I think there's a lot of stuff here, by the way, but if you're a Republican and you think it's a good idea for an unelected, unappointed Rudy Giuliani to be gallivanting around Eastern Europe shadowing a foreign leader, you're a fool. That causes all kinds of problems."

Co-panelist Maria Cardona then jumped in to laugh and point out that would apply to President Donald Trump too -- which received little pushback from the Republican.