Trump has been calling up the first national security adviser he fired to complain that he misses him: report 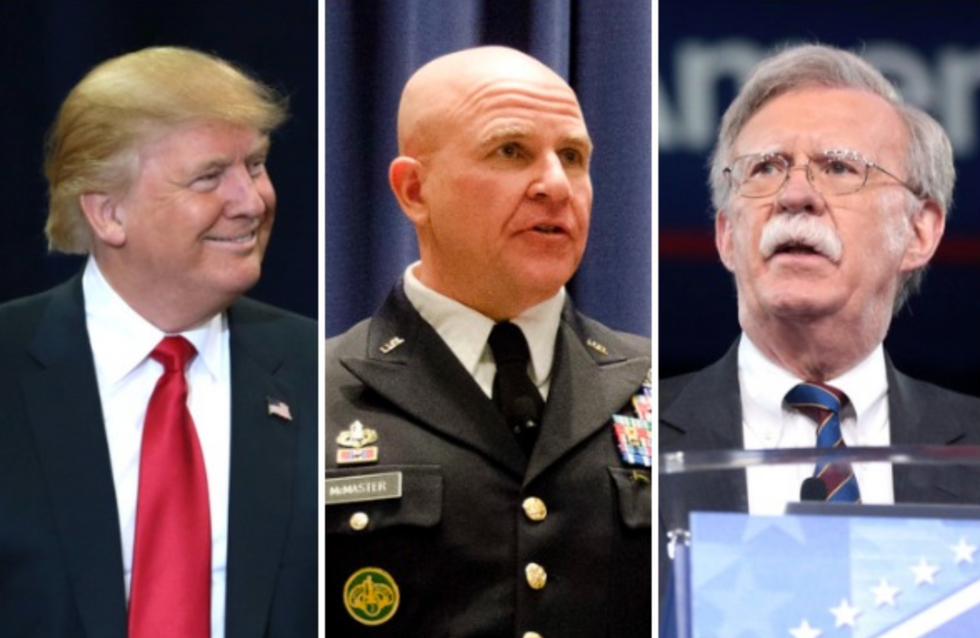 In the run up to national security advisor John Bolton's firing this Tuesday, President Trump reportedly reached out to the man he previously fired and replaced with Bolton, NBC News reports.

In phone calls to retired Lt. Gen. H.R. McMaster, which reportedly began as early as last fall, Trump sought out his advice and told him that he missed him.

Trump's contacts with McMaster perhaps presaged his decision Tuesday to unceremoniously fire Bolton. They also were a remarkable shift for the president that is emblematic of how much Bolton fell out of favor since Trump welcomed him into the White House 17 months ago. At that time, Trump was barely speaking to McMaster and regularly did derogatory impressions of him in his absence, according to current and former White House officials.

As NBC News points out, Trump seeking out the predecessors of appointees he's fired is nothing new. For example, he reportedly began calling his first chief of staff, Reince Priebus, after he fired his second one, John Kelly.

Trump began to reach out to McMaster about 6 months after Bolton took the job during the fall of 2018. While mulling over the choice of then-Acting Defense Secretary Patrick Shanahan to permanently hold the role, Trump reportedly sought out McMaster's advice on what to do. He soon after nominated Mark Esper, who was then confirmed by the Senate.

Another subject Trump sought McMaster's advice on was Iran -- a point of contention between Trump and Bolton.

"The president's view is: 'I run Iran. John may think he runs Iran, but I run Iran,'" a former White House official told NBC News.

The news of Trump's repeated phone calls to McMaster reportedly has some close to the President raising their eyebrows.

"He must be getting pretty far down on his call list because McMaster is not at the top," another former White House official told NBC.