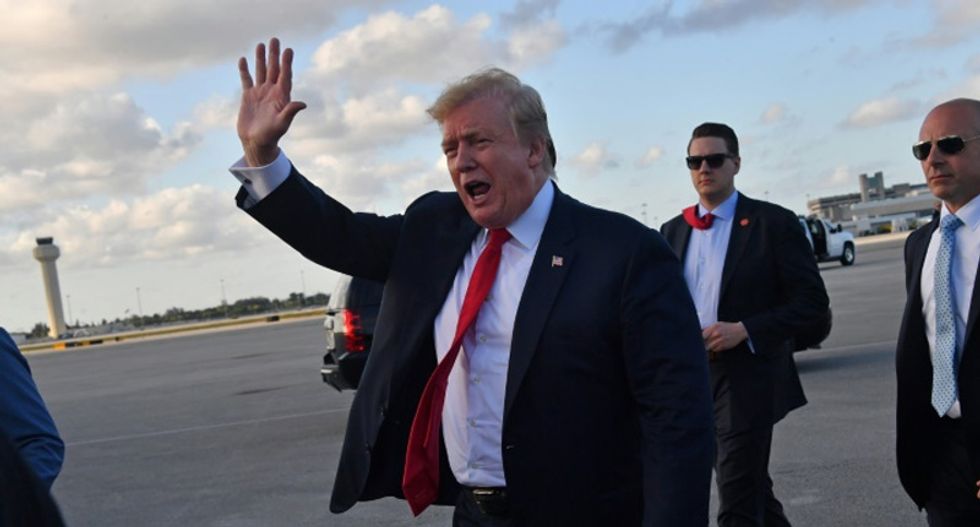 President Donald Trump called Ukraine's new president immediately after his election to press him to investigate Joe Biden for "corruption."

The White House released a summary of the July 25 call between Trump and Volodymyr Zelensky on Wednesday showing the U.S. president pressuring his Ukrainian counterpart to investigate Biden's son, but those efforts began months ago, reported the New York Times.

Trump has fixated on a conspiracy theory involving the U.S. cybersecurity firm Crowdstrike, which Russian trolls and right-wing websites blame for supposedly fabricating evidence of Kremlin hacks against the Democratic National Committee in 2016, and baseless claims of corruption involving the former vice president's son Hunter Biden.

After Zelensky's election, Trump sensed an opportunity to investigate Biden and Crowdstrike, which doesn't actually have any connection to Ukraine outside of conspiracy theories.

Trump called Zelensky "within hours" of his April 21 election, according to the Times, on his way from Mar-A-Lago back to the White House.

The president urged Zelensky to coordinate those investigations with his personal attorney Rudy Giuliani, according to sources familiar with the call.

A Trump spokesman refused to say whether the president had discussed Giuliani with the Ukrainian president in that congratulatory call, and the former New York City mayor shot down the idea that Trump was "obsessed with Ukraine."

The July 25 call summary shows Trump implicating Attorney General William Barr in the efforts to investigate Biden in exchange for military aid to Ukraine, but he also implicated the Justice Department chief in real time.

Trump appeared April 25 on Sean Hannity's Fox News program, where the president said he "would imagine" Barr would like to review the findings of an investigation into Ukraine's actions in the 2016 election.