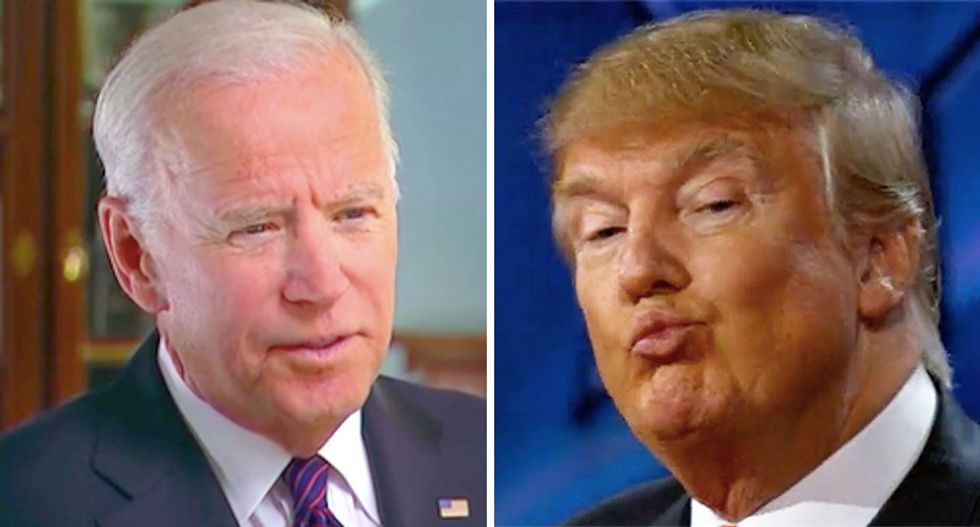 Ukraine's government is waiting for the green light from President Donald Trump to investigate business dealings by Joe Biden's son with one of the country's energy companies.

Anton Geraschenko, a senior adviser to the country’s interior minister, said there currently was no investigation under way, but he said the government would "look into it" as soon as the Trump administration officially asked for one, reported The Daily Beast.

Trump's conversations with a foreign leader were reportedly the subject of a whistleblower complaint that originated in the intelligence community, and there has been widespread speculation the calls involved Ukraine's president and assurances of U.S. aid in exchange for damaging information about Biden.

“Clearly,” Geraschenko told The Daily Beast, “Trump is now looking for kompromat to discredit his opponent Biden, to take revenge for his friend Paul Manafort, who is serving seven years in prison.”

The Ukrainian government adviser made clear the country would be willing to comply with Trump's request once it was made.

“We do not investigate Biden in Ukraine, since we have not received a single official request to do so,” Geraschenko said.

Trump and his attorney Rudy Giuliani are interested in finding out more details about Hunter Biden's connection with the Ukrainian natural-gas company Burisma Holdings.

Geraschenko spoke to The Daily Beast before reports suggested the whistleblower complaint involved Ukraine's president, but he confirmed his statements again in a follow-up phone call Friday.

Ukraine is ready to investigate the connections Joe Biden’s son Hunter Biden had with the Ukrainian natural-gas company Burisma Holdings, according to Anton Geraschenko, a senior adviser to the country’s interior minister who would oversee such an inquiry.

The White House reportedly considered blocking $250 million in support for Ukraine's military at the end of August, but that funding was released, and even increased, Sept. 12.

Trump reportedly offered to release that funding if Ukraine agreed to dig into Hunter Biden's dealings in the country, and Geraschenko welcomed that aid in the country's territorial dispute with Russia.

“For now, we would like America to support us more, and not only with money but also with the newest weapons in our war against the aggressor, the Russian Federation,” Geraschenko told The Daily Beast. “We want a status as NATO’s special partner, allowing us to buy any weapons in the U.S., including the newest anti-aircraft rockets to defend our country in case Russia decides to attack from the air. Our technology is more than 40 years old.”