Wall Street employees are turning their backs on 'Orange Jesus' Trump because they are tired of his 'sh*t': report 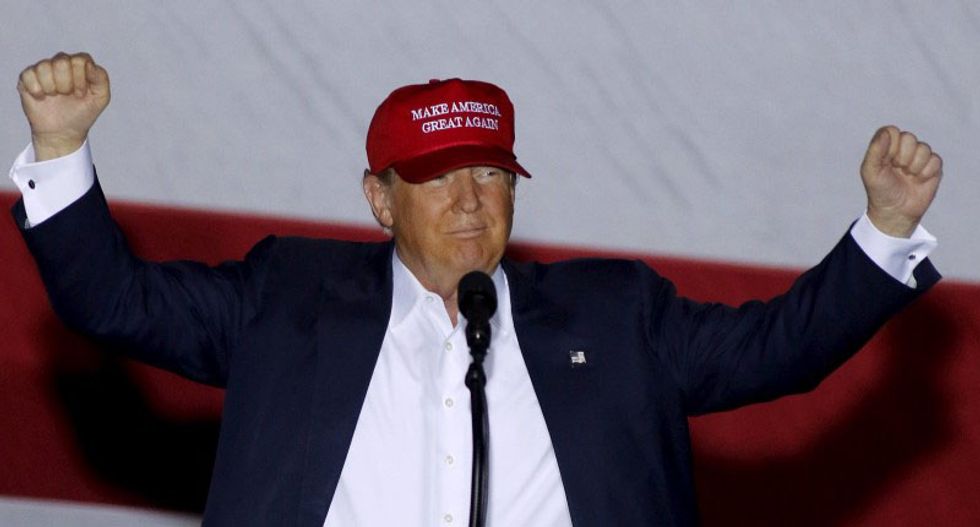 According to the Beast, despite her plans to increase regulations governing Wall Street, Sen. Elizabeth Warren (D-MA) is finding fans in the financial sector -- in part because they want to see Trump gone.

In an interview, Jhoana Ocampo said she has worked in the financial sector for 14 years, and just recently donated to Warren, saying her policy proposals make sense.

“I’m just a firm believer that we all prosper when the middle class prospers,” she explained. "Some people just don’t have the time; frankly they might not even care to really understand what she’s talking about. It could be perceived as being extreme until you look at what the plans really say. I might work in the financial services industry but I don’t have too many friends who have $50 million in the bank.”

"It is a small crew composed of everyone from IT workers to risk managers at small firms and larger outfits," who are looking beyond Trump, the report notes, with most speaking on the condition of anonymity -- and one approving of the impeachment of Trump.

"At the heart of Warren’s appeal among this small sect of finance industry types is a larger disgust with the current White House occupant," the Beast reports. "Many Wall Street denizens continue to support President Trump, who has slashed taxes and regulations in ways that have been highly favorable to their industry. But he is not entirely beloved. The aforementioned donor said that politics comes up often at work because of 'orange Jesus,' a reference to President Trump."

According to another Wall Street denizen who admitted to donating to a Democrat, The the president is a daily source of aggravation.

“You cannot escape it because there’s so much shit in the news on a daily basis that it has to come up at least once a day,” the source said, adding he would "be supportive of any Democratic nominee," and that he sees former Vice President Joe Biden as the likely candidate.

According to Wade Black, who works at the small investment firm Scarsdale Equities and has backed Bernie Sanders, there is a hunger for someone who will do the right thing.