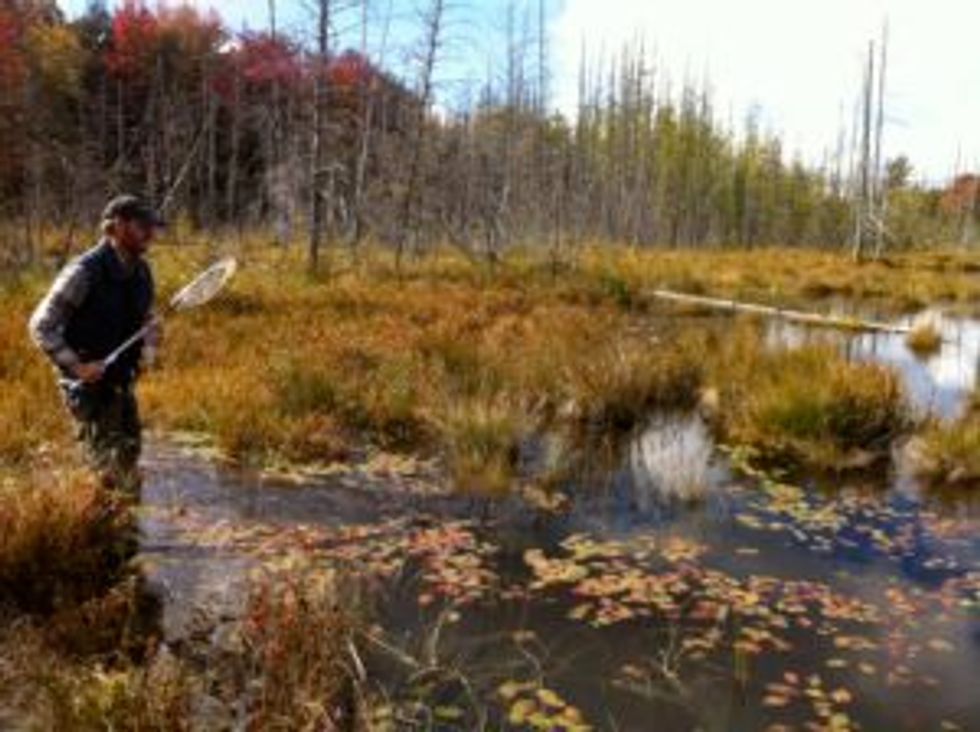 Starting in the 1970s acid rain turned hundreds of lakes and streams in Adirondack Park in upstate New York so acidic that fish could not survive. Acid rain can be so toxic that it etches paint off cars.

The good news is that some naturally reproducing trout were recently found in one body of Adirondacks water. Lake Colden had been without such naturally grown fish for 32 years. This revival comes after decades of our federal government working to reduce the toxic air emissions that cause acid rain.

The bad news is that Team Trump seems determined to create a comeback for acid rain. That would mean 500 other Adirondacks ponds and lakes would continue without naturally breeding fish. Worse, some of the sprawling park’s 2,300 other bodies of water might also become too toxic for other wildlife such as crayfish, salamanders, and frogs. And because acid rain leaches aluminum in the soil it also kills trees.

For people in the Northeast, it would also mean more asthma and heart disease as people breathe in air laced with greater amounts of sulfur dioxide, a toxic gas that causes acid rain.

The Trump EPA wants to squash Obama era rules that would force owners of electric power plants to clean up their toxic wastes.

To understand how Team Trump helps polluters and hurts everyone else, consider the coal-burning Martin Lake Power Plant in east Texas. It spews more sulfur dioxide than any other power plant in America. Last year it spit out 56,198 tons of sulfur dioxide, a 54% increase over 2017. 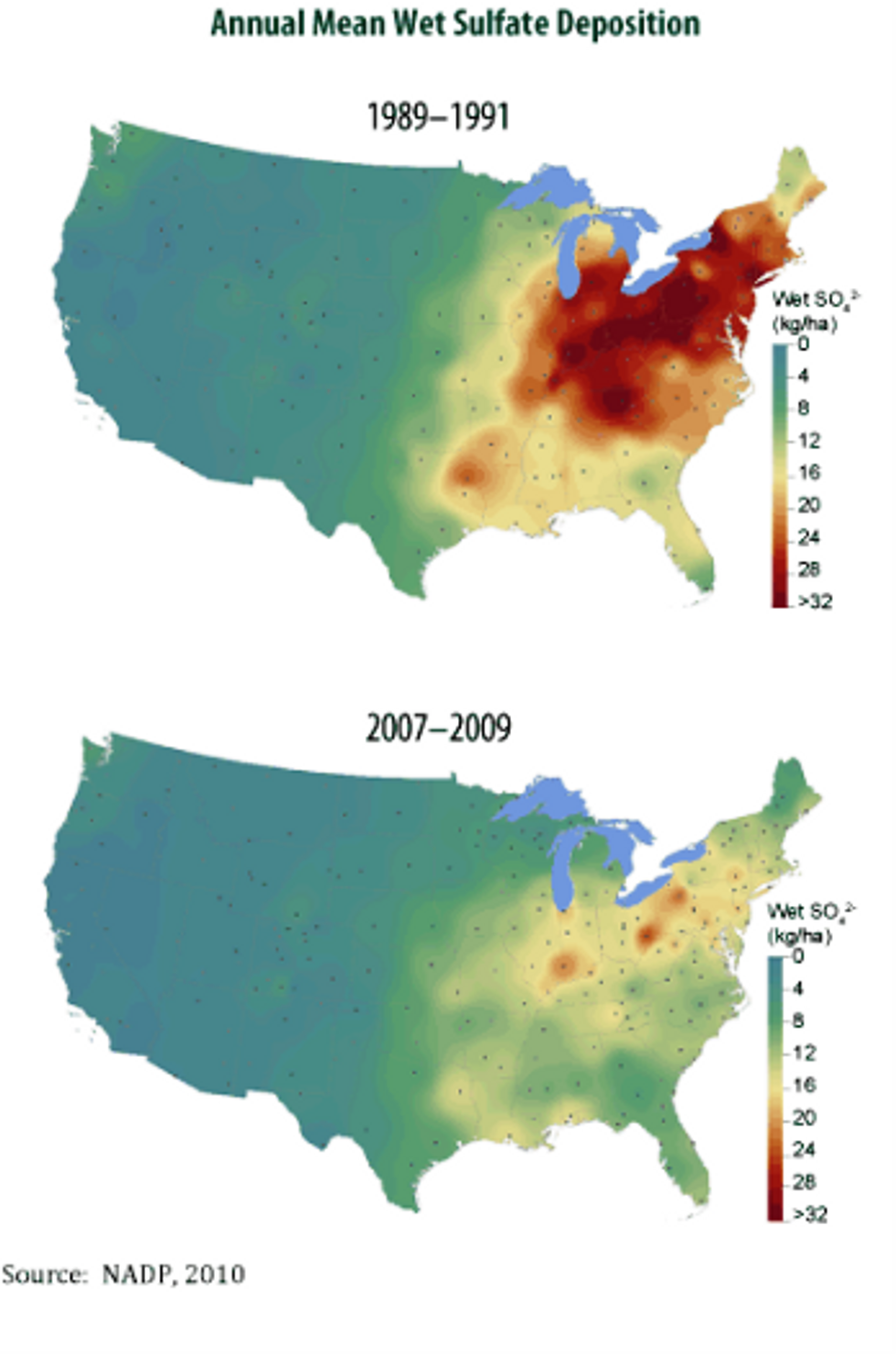 Now the Trump EPA wants to squash Obama era rules that would force owners of this and other power plants to clean up their toxic wastes. Owners who escape these clean-up costs reap bigger profits. The rest of us pay the price: more sickness, shorter lives for some and hundreds of lakes with no fish surrounded by dying forests.

To help polluters escape those costs the Trump administration puts executives, lawyers and lobbyists for polluting companies in charge of various units of the Environmental Protection Agency and other federal regulatory bodies. Instead of enforcement of clean air laws, Team Trump runs a protection racket for polluters.

The Texas power plant is owned by Luminant Generation Co., part of Vistra Energy. One of Vistra’s lobbying firms once employed a lawyer who was hired to head the Trump EPA air office. Vistra is one of nine politically connected polluters being scrutinized by Congressional investigators. In 2018 alone it gave more than $101,000 to members of Congress at a three-to-one ratio favoring Republicans.

That lawyer was Bill Wehrum, who oversaw the Trump EPA‘s air policy office until he resigned in June during a federal ethics investigation. Previously Wehrum was a partner at Hunton & Williams where he made $2.1 million. That law firm is now known as Hunton Andrews Kurth.  A Congressional report dubbed the law firm “industry’s secret pipeline to EPA”.

Wehrum was accused of repeatedly violating his ethics pledge, and legal duty, to refrain from EPA matters involving his former clients. Citizens for Responsibility and Ethics in Washington, known as CREW, in May filed a detailed 14-page complaint against Wehrum with the EPA’s acting Inspector General.

Soon after Harlow and Wehrum joined the EPA, the agency changed its position on a central issue in the DTE case and adopted the company’s view.

A slightly different pro-polluter tactic was adopted for the power plant in east Texas. With former lobbyists for polluters in charge, the EPA made a mistake during the Obama administration when it declared that parts of two counties near the Martin Lake plant exceeded the standard for sulfur dioxide emissions.

Trump’s EPA now wants to say the two-county area is “unclassifiable.” That would allow the plant to continue spewing tons of toxic air.

Because of actions like this to help polluters, environmentalists fear that acid rain is making a comeback.

While rain typically is slightly acidic with a pH reading of close to 6, acid rain is sometimes 3.2. That may not seem like much because pH is a scale. But acid rain can be more than 200 times more acidic than pollution-free, natural rainfall. 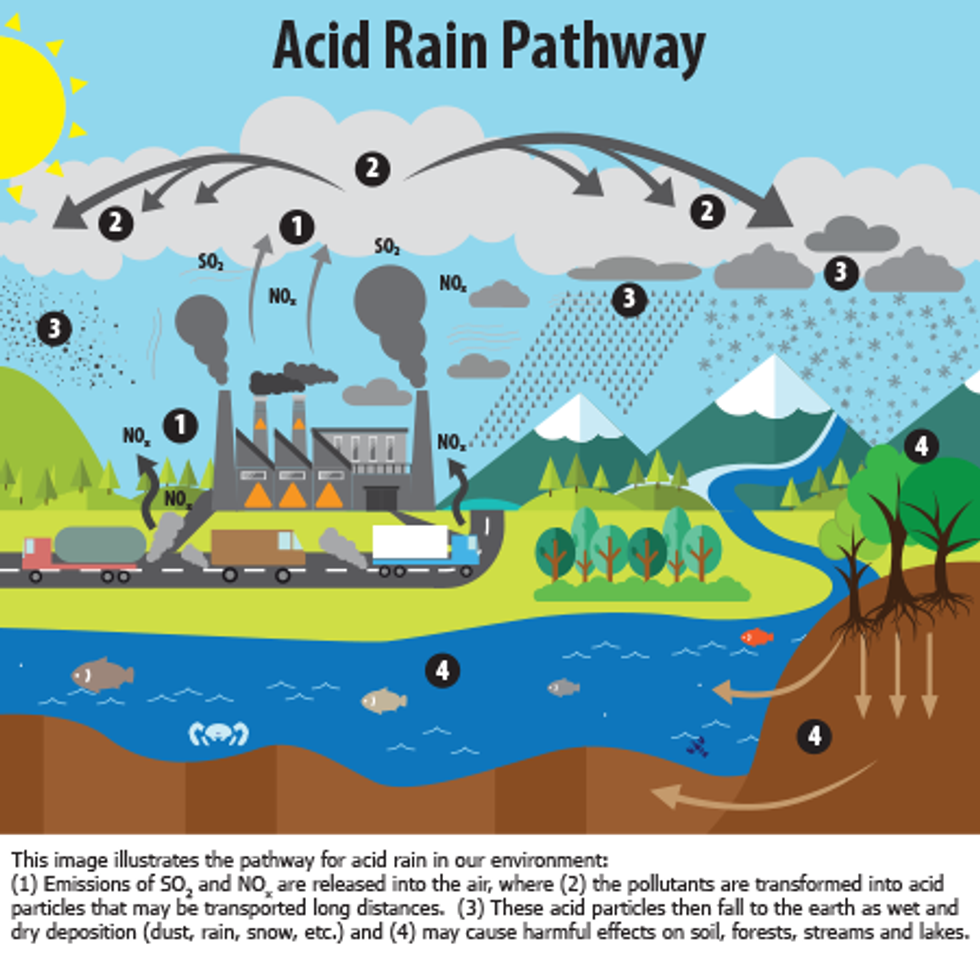 Today 500 of the 2,800 lakes and ponds in Adirondack State Park cannot support “the plants and aquatic life that once existed in them.”

Worse, acid rain can cause people to develop asthma as they breathe in even small concentrations of sulfur dioxide and the tiny particles it can form in the air. And it's deadly for trees, trout and turtles.

“The numbers are going in the wrong direction,” said William Janeway, executive director of the Adirondack Council in New York, about rising acidity in rain falling on the Northeast.

When power plants in the heartland burn coal laced with sulfur the toxic waste goes up smokestacks. Prevailing winds that tend to blow eastward then carry pollution from these coal-burning power plants to the Northeast where much of it falls back to earth in rain that kills. Team Trump not only thinks that is fine, they want more acid rain.