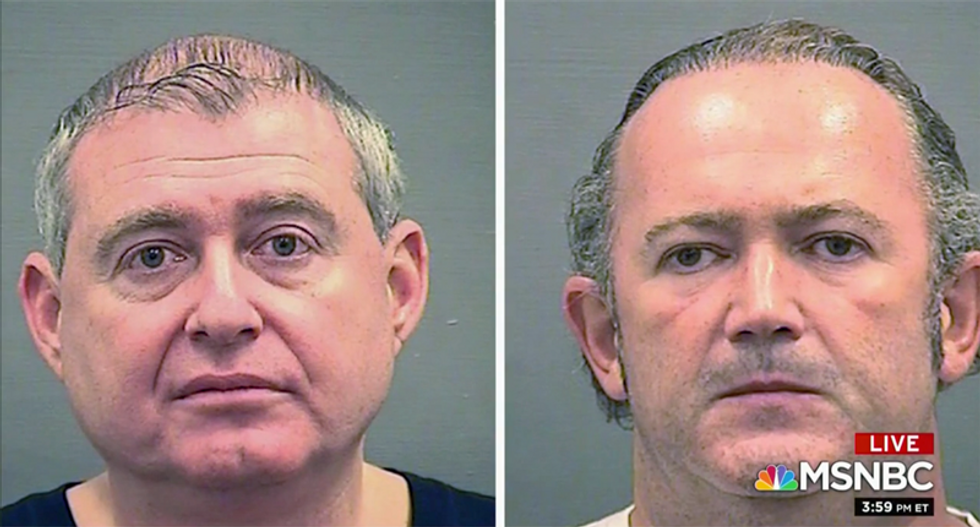 Rudy Giuliani associates Lev Parnas and Igor Fruman -- who were arrested while attempting to flee the country -- had met with a former Republican congressman from Florida.

Former Rep. Carlos Curbelo (R-FL) recounted his interactions with the two during a Thursday interview with MSNBC's Ari Melber.

"So Ari, these gentlemen were up on the Hill in the spring of last year and they were lobbying on cannabis policy, were trying to build relationships with members, and they came to my office," he explained. "They stood out a little bit. They had an air of flamboyance to them, but I had no reason to believe that they were up to anything nefarious. They didn’t give any clues as to any of this that we’re now discovering."

"However, they did make it a point to say a few times that they had very good relationships with the White House, that they were frequent guests at Mar-a-Lago, and -—" he continued.

"Did they mention Giuliani?" Melber interjected.

"They did mention that they had a close friendship with Mayor Giuliani," Curbelo replied.

The former congressman also expected that the two would flip and cooperate with federal prosecutors.

"If I had to guess, after having interacted briefly with these gentlemen for some time, I think that they’re going to want to cooperate as much as possible," he noted. "To protect themselves."