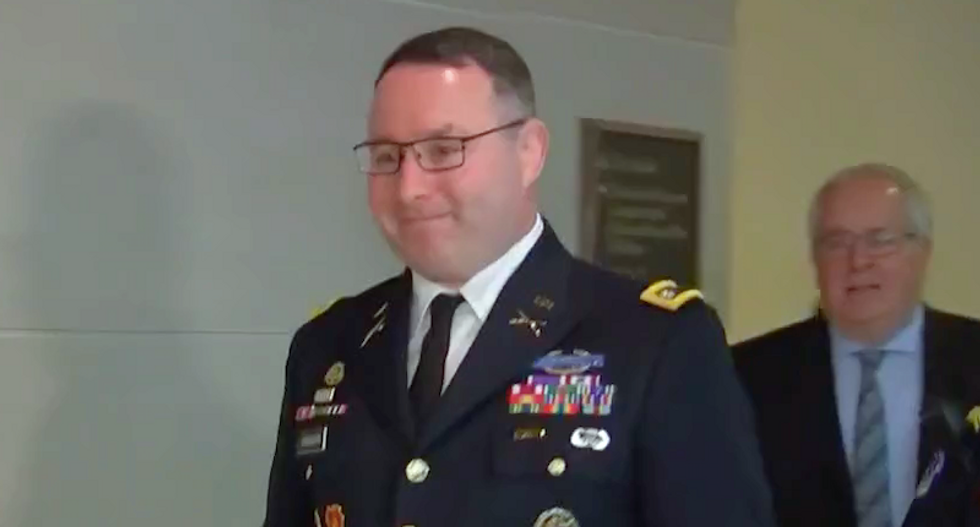 The National Security Council adviser told lawmakers the White House omitted references to Joe Biden and a natural gas company that hired the former vice president's son from a summary of Trump's phone call to the Ukrainian president.

"We keep getting bombshells in this case every day," said host Joe Scarborough. "Yesterday was a big one, that actually they tried to sanitize the memorandum, so-called transcript."

Former FBI special agent Clint Watts said witness after witness has revealed the concern within the White House about Trump's call to Ukraine's Volodymyr Zelensky -- which confirms the whistleblower's account of staffers' reactions.

"What's remarkable is every day we find out about one more person that's in the White House or inside the administration that knew what was going on in terms of this phone call or the fallout from the Ukraine policy confusion," Watts said. "We find out that this lieutenant colonel, who's going to be honest when he goes in the door, who has his entire career and reputation behind him, who is an expert on Ukraine and served in Moscow, did not see the phone call the way the transcript, which is really a summary says it was."

"(What's) more remarkable is you keep seeing key figures emerge in this," Watts added. "John Bolton is a key figure that is in these meetings that saw some sort of problem in it. We have to wonder now, based on the news, was that part of the reason he left the White House? You look at (Gordon) Sondland and Rick Perry, they both show up in different contexts, and it doesn't quite match other stories we've heard."

Vindman's testimony was incredibly damning, Watts said, because he was highly credible as an active-duty Army officer and because he tied together several strands in the narrative.

"I think yesterday's testimony was quite devastating because you've got somebody of high integrity and high character who has a firsthand account, not just of the phone call but also meetings that put people in context of the situation from multiple different directions," he said.