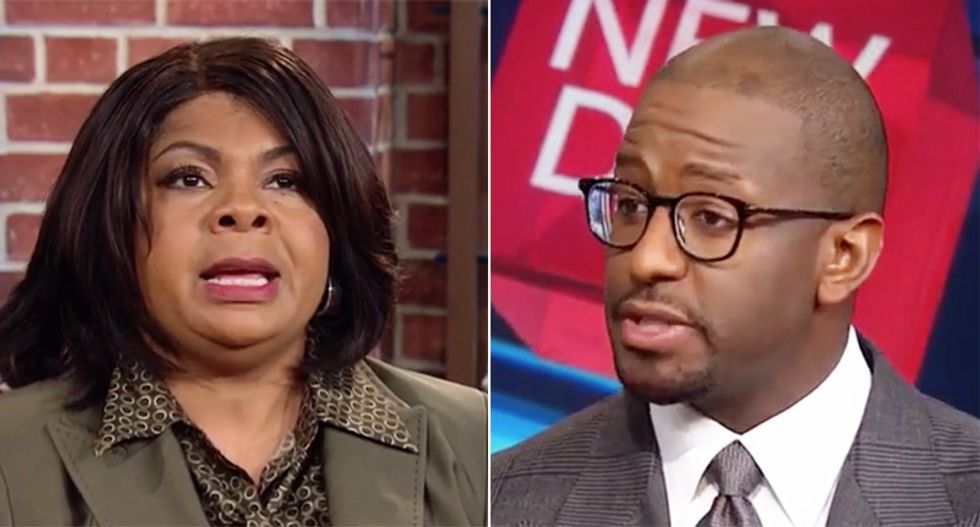 A CNN "New Day" panel discussing the unsurprising lack of Republican lawmakers coming forward to defend Donald Trump over his call for the Chinese government to investigate potential Democratic presidential nominee Joe Biden, settled on Sen. Marco Rubio (R-FL) for having the courage to come forward -- only to defend the president.

Speaking with hosts Christi Paul and Boris Sanchez, regular CNN contributor Bakari Sellers referenced Democratic House member Jahana Hayes (MI), who represents a conservative district , and who said she didn't care if she lost in 2020 because she supports impeachment.

He then compared Rubio's performance to her courageous statement.

"I want to go to Florida and compare Congresswoman Hayes to Marco Rubio," Sellers began, eliciting groans and laughter from the panel. "What we saw is,  if you strip away the D and the R from these two individuals, we saw someone who put country over party."

"This isn't a question over budget constraints or not a question or foreign policy or what your country stands for," he continued. "What she did is courageous. We saw Marco Rubio flailing in the wind, saying I believe it's a ploy or the president just wants attention when we are talking about whether or not Ukraine and China can delve into our -- listen, I know that Donald Trump has perverted the term patriotism. People are confusing that all the time. People don't understand and many Republicans are not even representing what it means to be American."