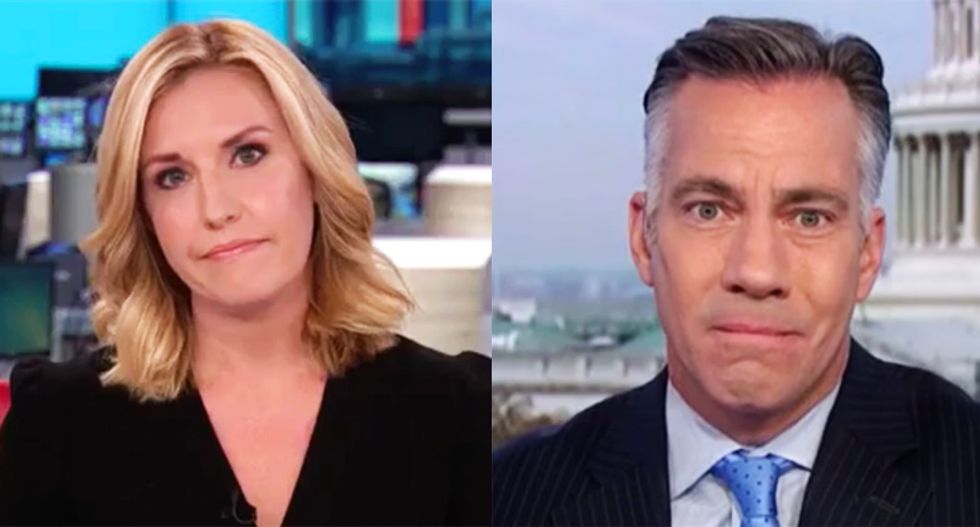 The hand-over from CNN's Poppy Harlow to Jim Sciutto started with an awkward pause after Harlow had concluded a highly contentious interview with Rep. Lance Gooden (R-TX) in what can best be described as a trainwreck defense of Donald Trump.

Following host Harlow having to repeatedly fact-check the GOP lawmaker, who waved his hands around and complained about fake news when pressed to defend his claims about Vice President Joe Biden among other topics, the transition to Sciutto found him looking dumbfounded.

After host Harlow sternly warned the GOP lawmaker to not to insult the network, Sciutto finally spoke up.

"Poppy, good to you for calling it out -- it's a frequent talking point, go to the 'fake news media,' I had an experience yesterday asking direct questions of the president's trade adviser," he said of his interview with Peter Navarro.

"And more power to you," he continued. "Listen, it's about giving straight answers to straight questions."

"I just think words matter. and when you represent so many people in the U.S. Congress and you write that someone has committed a crime, come here with the evidence and I'm happy to debate it with you any time," she explained.

"Well, he didn't answer the question, so that's why I love broadcasting with you, Poppy," Sciutto replied.

Watch below (which also contains footage of Gooden ranting):