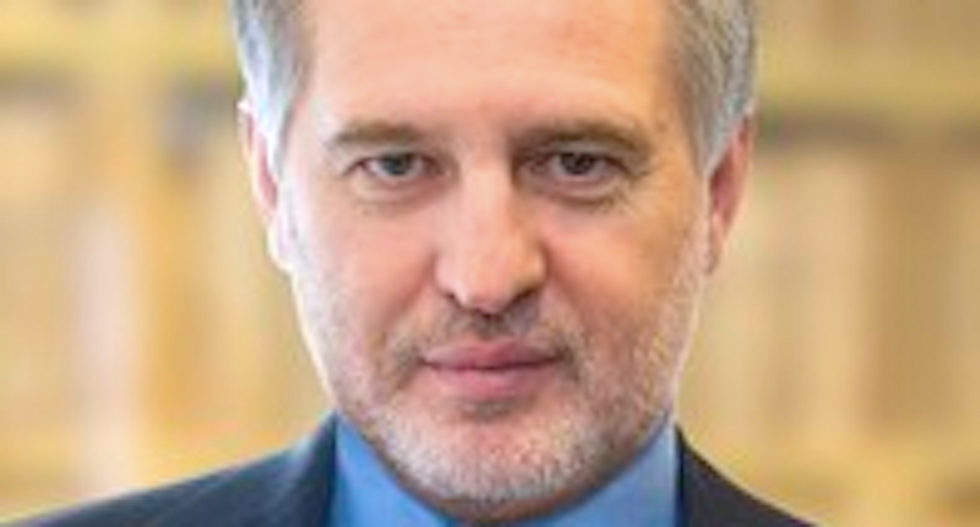 A Ukrainian oligarch with links to President Donald Trump's legal team has blamed former Vice President Joe Biden for the loss of hundreds of millions of dollars from his natural gas fortune.

Dmytro Firtash has been furious at Biden since the former vice president pushed gas market reforms in 2014 and 2015 that have cost the Ukrainian industrialist up to $400 million a year, reported The Daily Beast.

Biden delivered a speech Dec. 9, 2015, to Ukraine's parliament praising protesters who forced out the country's Russia-friendly former president, and also called for reforms to the gas market there.

Firtash, who made his fortune on through just that sort of deal, was enraged by the speech.

“He was the overlord," Firtash told The Daily Beast, nearly four years later. "I was ashamed to look at this. I was repulsed.”

Firtash, who is fighting extradition to the U.S. on bribery and related charges, hired pro-Trump attorneys Victoria Toensing and Joe DiGenova to dig up dirt on Biden, and their findings have formed the basis of a conspiracy theory endorsed by Trump's personal attorney Rudy Giuliani.

A documentary produced for Firtash's legal team was published by The Hill's John Solomon, who is also represented by Toensing and DiGenova, who frequently appear on Fox News to defend the president.

Two Giuliani associates who were recently indicted on campaign finance violations reportedly brought up Firtash's name when discussing their plans for the Ukrainian energy sector, and one of those men -- Lev Parnas -- worked as a translator for the oligarch's legal team.

The Justice Department indicted Firtash in April 2014 for authorizing $18.5 million in bribes to Indian government officials as part of an effort to mine for titanium to use in Boeing planes.

He was arrested in Austria a few weeks before the announcement of the indictment, and Firtash posted about $174 million bail and has been fighting extradition from Vienna.

U.S. government authorities have argued that Firtash is an “upper echelon” associate of a Russian criminal organization, which he claims is baseless.

Firtash hired DiGenova and Toensing as his attorneys in July, as Giuliani was conducting back-channel diplomatic efforts to pressure Ukraine to investigate Biden -- which are now under investigation as part of an impeachment inquiry.