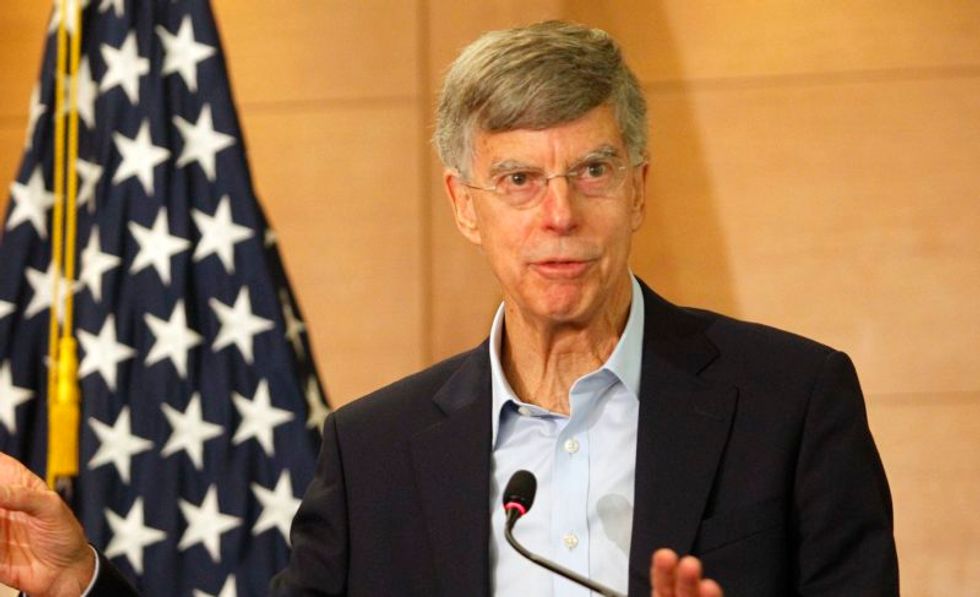 Veteran diplomat Bill Taylor, who told European Union ambassador Gordon Sondland that he thought it was "crazy" to withhold military aid to Ukraine to help a political campaign, testified before the House Intelligence Committee on Tuesday over the objections of the Trump State Department.

Even though details of the testimony have not yet been made public, one source tells Politico's Andrew Desiderio that Taylor's opening statement was a hefty 15 pages long and sparked "a lot of sighs and gasps."

New: Per source in the room, Bill Taylor’s opening statement was 15 pages long and prompted “a lot of sighs and gasps.”
— Andrew Desiderio (@Andrew Desiderio)1571761706.0

While no lawmakers present at the hearing have discussed the contents of Taylor's opening statement, reactions from at least two Democratic lawmakers line up with what Desiderio's source claims was the reaction in the room.

Taylor is a central figure in the scandal involving President Donald Trump pressuring the Ukrainian government to launch an investigation into former Vice President Joe Biden. The veteran diplomat strenuously objected after learning that the Trump White House was holding up military aid to the country and he flatly asserted that this was being done to help the president politically.