EU ambassador Sondland criticized Trump over Ukraine efforts: 'Inviting a foreign government to interfere US election would be wrong' 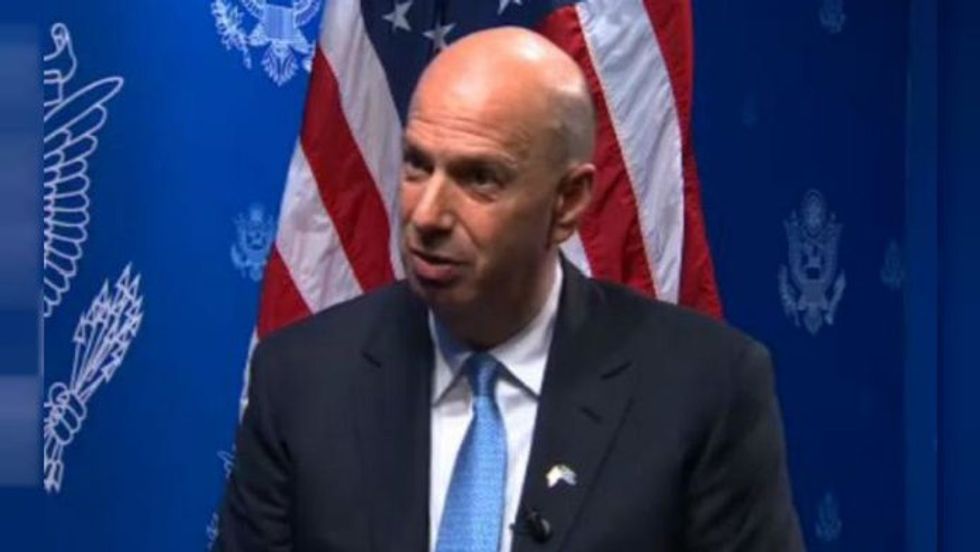 Gordon Sondland, the U.S. ambassador to the European Union, will tell Congress that he criticized President Donald Trump over his efforts to pressure Ukraine into investigating a political rival.

The Trump megadonor-turned-diplomat appeared Thursday before three House committees to discuss his role in a White House scheme to enlist a foreign government to dig up campaign dirt against Joe Biden as Ukraine awaited congressionally approved military aid.

According to his prepared statement, Sondland will tell lawmakers that Ukraine was expected to announce "anti-corruption" investigations against the former vice president and his son Hunter Biden as a "one of the pre-conditions for securing a White House meeting" for its president Volodymyr Zelensky.

Sondland will also tell lawmakers that he and two other officials, special envoy Kurt Volker and Energy Secretary Rick Perry, were "disappointed" by the scheme but felt they had no choice but to assist Trump's attorney Rudy Giuliani pressure Ukraine to open the investigations.

"The key to changing the President's mind on Ukraine was Giuliani," Sondland said in the statement. "My understanding was that the President directed Mr. Giuliani's participation, that Mr. Giuliani was expressing the concerns of the President."

Sondland will tell Congress he did not know the political nature of the corruption investigations, and he will claim that Giuliani never discussed the Bidens with him.

That would appear to contradict testimony given earlier this week by the White House's former Russia aid Fiona Hill, who told lawmakers that Sondland made clear that Ukraine was expected to investigate Biden and his son.

“In a White House meeting, Sondland tells Ukrainians they will get a Trump meeting if they open the investigations Trump wants,” said Sen. Chris Murphy, in a tweet paraphrasing Hill’s testimony. “Then, Sondland follows the Ukrainians out of the meeting to privately make clear he’s talking about Hunter Biden.”

Sondland also said in his statement that he believed that inviting foreign interference in an election was wrong, and insisted he would never take part in such an effort.

The ambassador will say that he believes the administration was pushing for Ukraine to publicly support "anti-corruption reforms" before its president would be invited to the White House.

"Nothing about that request raised any red flags for me, Ambassador Volker, or Ambassador Taylor," Sondland will say.