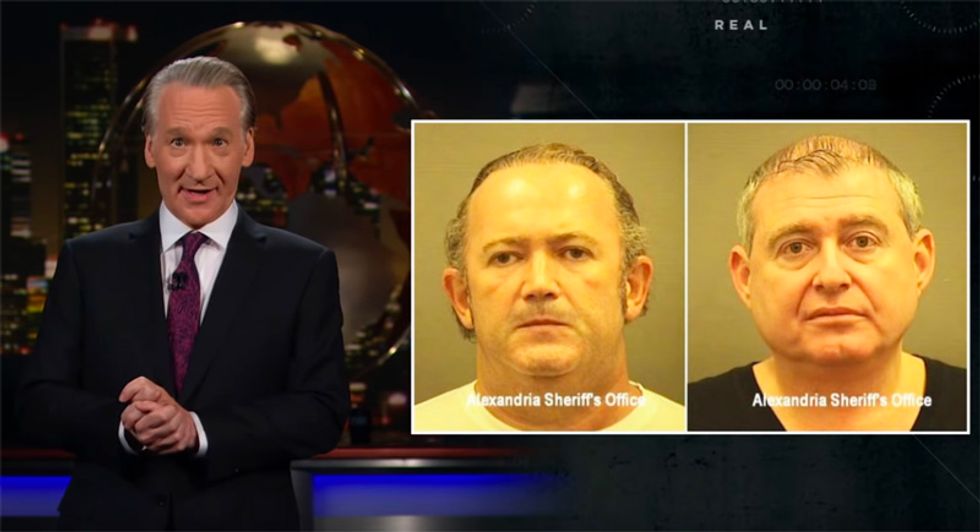 During his opening segment on HBO, Bill Maher ridiculed former New York City Mayor Rudy Giuliani for his involvement with two characters that the Real Time host compared to the two incompetent thugs in the film "Home Alone."

Calling Trump's lawyer an "errand-boy," Maher noted that Giuliani was going all around the world looking for dirt on former Vice President Joe Biden, calling the attorney "Dora the Conspiracy Explorer."

"That is the story that won't go away, " Maher exclaimed. " I know Trump wants it to go away. Trump was using Giuliani to investigate Joe Biden. And by the way, what a perfect story for the Halloween season: a pumpkin using a vampire to investigate a mummy."

Watch below via HBO: