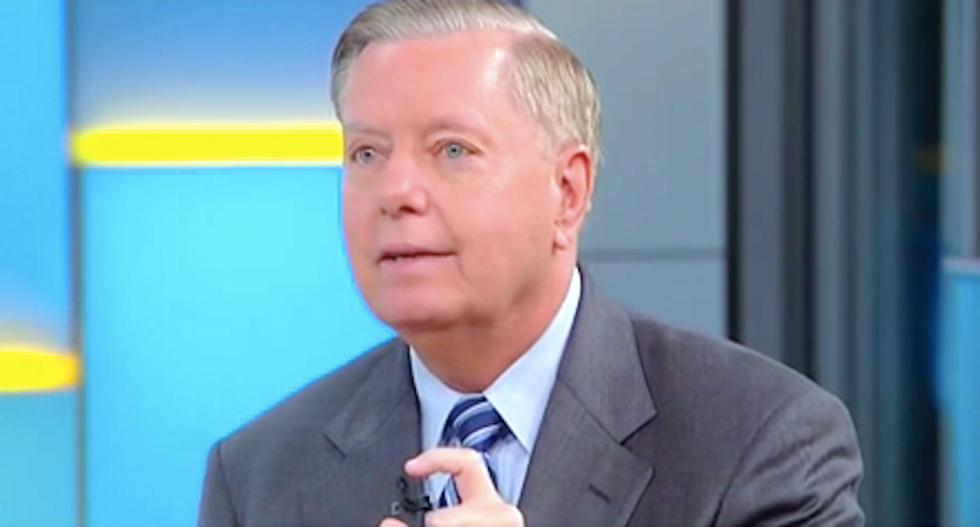 Sen. Lindsey Graham (R-SC) was fooled into a fake phone call with the Russian government, according to a Politico report.

Graham has become a point-man when it comes to Trump's work with Turkey, the report explains. So, it wasn't shocking that he would get a phone call from someone he thought was Turkey's minister of defense.

“Thank you so much for calling me, Mr. Minister,” Graham said on the recorded call. “I want to make this a win-win, if we can.”

Instead, it was Russian pranksters Alexey Stolyarov and Vladimir Kuznetsov, who go by “Lexus and Vovan.” The Guardian even wrote that they suspected that the two men have been known to help the Kremlin at times.

“We have been successful in stopping many efforts to prank Senator Graham and the office, but this one slipped through the cracks,” said Graham spokesperson Kevin Bishop. “They got him.”

The conversation is raising alarm bells in light of the push for sanctions against Turkey for their attacks on the Kurds. In a phone call Sunday, Trump was being yelled at by Turkish President Recep Tayyip Erdoğan and he wanted to get off of the phone.

Interestingly, however, Graham mentioned a "Turkish bank case" that the president was interested in. The case involves the Iranian gold trader that has retained Rudy Giuliani as his lawyer.

According to a Bloomberg report Wednesday, Trump allegedly told former Secretary of State Rex Tillerson to work with the attorney general and let him off. Any denial about Trump's interest in the deal has now been blown thanks to Graham's hoax call.

Graham even expressed sympathy for Turkey's "Kurdish problem" and described the Kurds as "a threat." It completely contradicts what Graham has said publicly about it being “wrong to abandon the Kurds, who have been strong allies against."

“Your YPG Kurdish problem is a big problem,” Graham said on the fake call. It is a reference to the Kurdish People’s Protection Units, which has been trained and has been fighting ISIS since 2015. The group is considered a terrorist group by Turkey because they support a Kurdish state on Turkey's border with Syria.

“I told President Trump that Obama made a huge mistake in relying on the YPG Kurds,” Graham said. “Everything I worried about has come true, and now we have to make sure Turkey is protected from this threat in Syria. I’m sympathetic to the YPG problem, and so is the president, quite frankly.”

Trump addressed the Kurds in a press event Wednesday.

“If you read today — a couple of reports saying that when President Obama started this whole thing,” Trump said. “As you know, it was started by President Obama; he created a natural war with Turkey and their longtime enemy, PKK. And they’re still there.” Turkey has been in conflict with the P.K.K., also known as the Kurdistan Workers’ Party, since the 1980s. Both Turkey and the U.S. consider it a terrorist organization.

After the first call with the pranksters, they managed to get him back on the call days later, where Graham said he met with Trump to discuss what the "defense minister" had told him.

“We want a better relationship with Turkey. That’s exactly what he wants,” Graham said.

“And this case involving the Turkish bank, he’s very sensitive to that,” Graham also said of Trump. “The president wants to be helpful, within the limits of his power.”