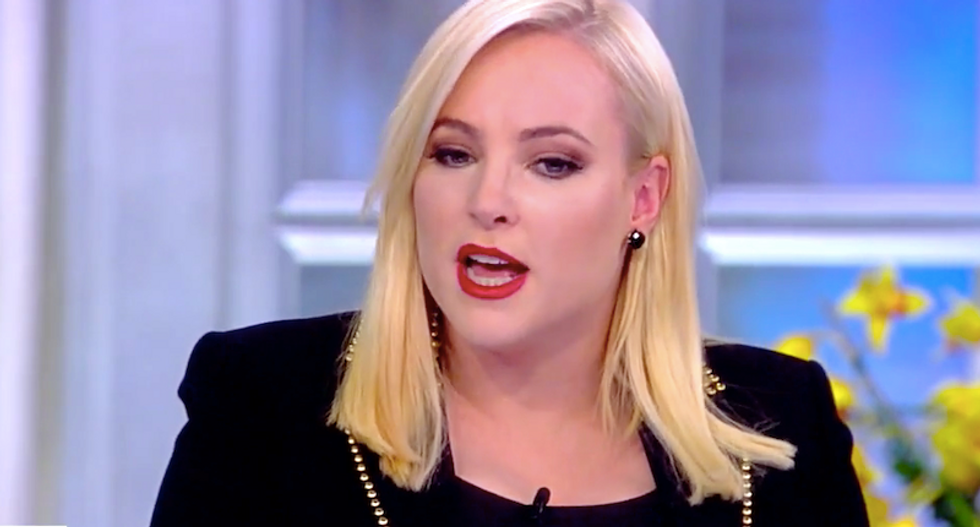 Meghan McCain gave her strongest indication yet that President Donald Trump was doomed to impeachment, but she was in no mood to talk about it on her birthday.

The conservative host of "The View" turned 35 on Wednesday, a day after former Ukraine ambassador told lawmakers that President Donald Trump had directed efforts to freeze military aid to pressure the foreign ally to investigate political rival Joe Biden.

"Look, I can't -- I just can't today," McCain said. "I'm so sorry. I would love to stay on this, but it's really bad. It looks like it's highly unethical, and it looks like the smoking gun. That's my political analysis for today. It's my 35th birthday, and I want to move on."

The show celebrates the co-hosts' birthdays with video greetings from celebrities -- in McCain's case, former House Speaker Paul Ryan -- and musical guests, with country singer Shooter Jennings performing for McCain at the end of the episode.

"I'm not going to let Trump ruin my birthday," she said.

McCain said the Trump presidency felt like a bizarre nightmare from which she couldn't wake up.

"I feel like it's this portal I fell into and somehow and dragged all of you with me, and we're on Earth 2, and on Earth 1, Paul Ryan's president," she said, "and, like, it's just -- it feels -- it's so hard to disassociate between -- it does seem like something out of a movie or a TV show, and it's so hard to watch people I have respected for so long sell their souls on national television for the price of admission into the White House for however much longer this administration lasts."