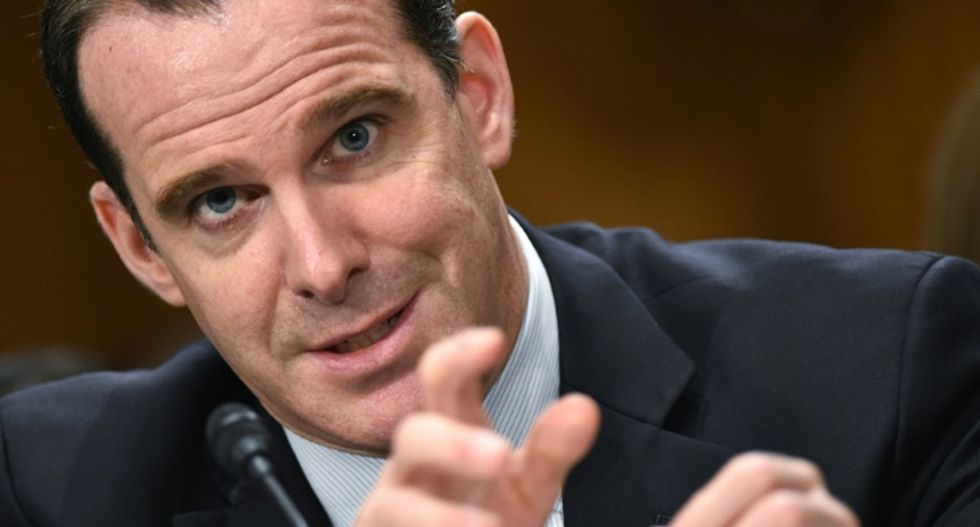 Brett McGurk, who previously served presidents George W. Bush and Barack Obama, stepped down in December 2018 as special envoy for the Global Coalition to Counter ISIL after Trump decided to withdraw troops from Syria, and he strongly criticized the president for stepping aside to allow Turkey to move against the Kurds.

"Donald Trump is not a Commander-in-Chief," McGurk tweeted. "He makes impulsive decisions with no knowledge or deliberation. He sends military personnel into harm’s way with no backing. He blusters and then leaves our allies exposed when adversaries call his bluff or he confronts a hard phone call."

Donald Trump is not a Commander-in-Chief. He makes impulsive decisions with no knowledge or deliberation. He sends… https://t.co/gCEbQVbHfd
— Brett McGurk (@Brett McGurk)1570427777.0

McGurk said the White House statement issued Sunday night, after Trump spoke to Turkish president Recep Tayyip Erdoğan, "demonstrates a complete lack of understanding of anything happening on the ground."

"Turkey has neither the intent, desire, nor capacity to manage 60k detainees in al Hol camp, which State and DoD IGs warn is the nucleus for a resurgent ISIS," he tweeted. "Believing otherwise is a reckless gamble with our national security."

He listed the strategic and diplomatic reasons this decision would lead to a "debacle," and he asked whether Secretary of State Mike Pompeo had signed off on the order.

"Trump made a similarly impulsive decision when I was managing the policy," McGurk tweeted. "I resigned over it and stand by every word in this op-ed. Tonight is a sad replay but seems even worse as US officials had since convinced the SDF that we planned to stay."

"Bottom line," he added. "Trump tonight after one call with a foreign leader provided a gift to Russia, Iran, and ISIS."