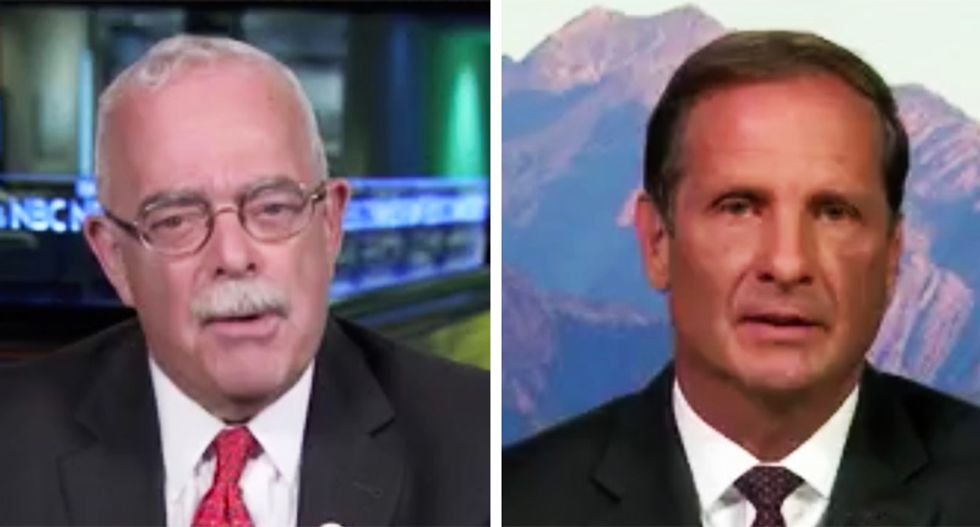 During an MSNBC segment on a new whistleblower possibly coming forward with firsthand information on President Donald Trump's quid pro quo offer to Ukraine President Volodymyr Zelensky, Rep. Gerry Connolly (D-VA) called out one of his Republican colleagues for going on Fox News and lying about the closed-door deposition given by former Ukraine envoy Kurt Volker.

Connoly fired back at Utah Republican Rep. Chris Stewart, who is pushing back at Democrats over impeachment, after viewing a clip of his Fox News appearance.

According to Stewart, "This is about the dishonesty of what is being done. They take snippets of e-mail and texts, and do it releasing the transcript. If you release the entire transcript, it is clear that Mr. Volker and others said that there is no quid pro quo."

Asked to respond, the Virginia Democrat called out his colleague.

"That is a false charge," he bluntly stated. "I was there at the deposition of Mr. Volker and the messages sent to the public are accurate and they do reflect what I certainly heard in the deposition, so nice try, but it is just not true."

"It is part of the spin and attempt at disinformation and distraction by Republican enablers to try and get the information off of the main topic that the president extorted a foreign leader to get political dirt on a prospective opponent and this is not all right and it is illegal."