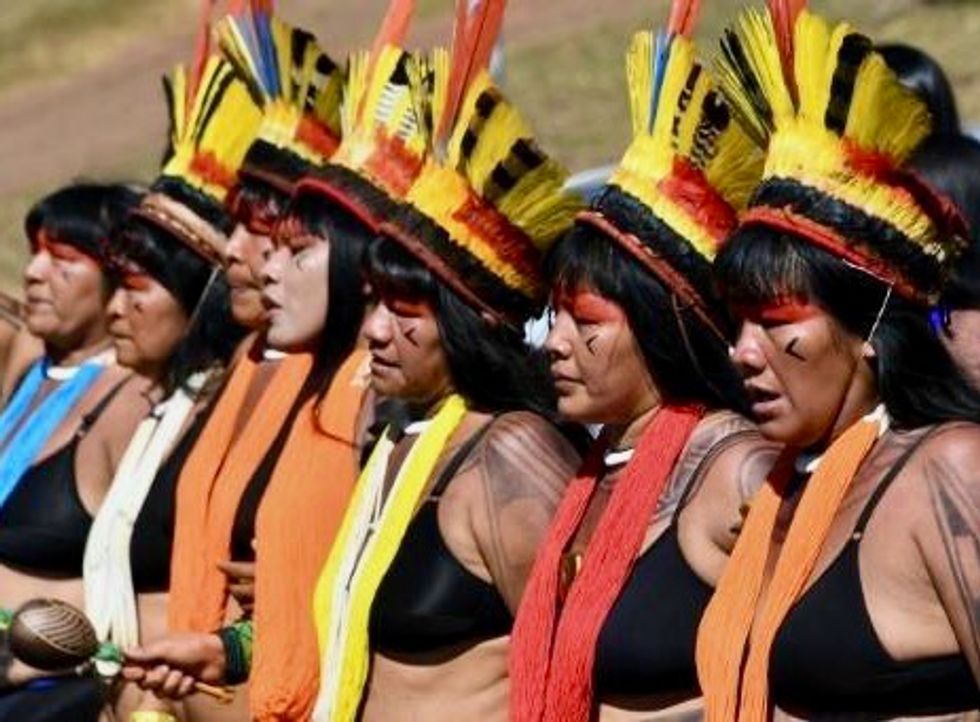 The Catholic Church “hears the cry” of the Amazon and its peoples. That’s the message Pope Francis hopes to send at the Synod of the Amazon, a three-week meeting at the Vatican that ends Oct. 27.

Images from Rome show tribal leaders in traditional feather headdresses alongside Vatican officials in their regalia. They are gathered with hundreds of bishops, priests, religious sisters and missionaries to discuss the pastoral, cultural and ecological struggles of the Amazon.

The Amazon meeting is part of Pope Francis’s efforts to build a “Church which listens.” Since taking office in 2013, Francis has revitalized the Catholic Church’s practice of “synods” – a Greek word meaning “council” – expanding decision-making in the church beyond the Vatican bureaucracy to gather input from the entire church, including from laypeople.

Voting on synod decisions, however, remains restricted to bishops and some male clergy.

The Amazon synod is the first such meeting to be organized for a specific ecological region. Media coverage of this event has emphasized its more controversial debates – such as the possibility of easing celibacy requirements in the rural Amazon, where priests are in extremely short supply.

But its focus is much broader: listening to the suffering of the Amazon – particularly the environmental challenges facing the region – and discerning how to respond as a global church.

After more than a decade of environmental policies that successfully slowed deforestation in the Amazon, logging and agricultural clearing have begun to increase rapidly again. The fires in the Brazilian rainforest that captured headlines in early September are symptoms of much broader destruction.

Up to 17% of the Amazon rainforest has already been eliminated – dangerously close to the 20% to 40% tipping point that experts say would lead the entire ecosystem to collapse. 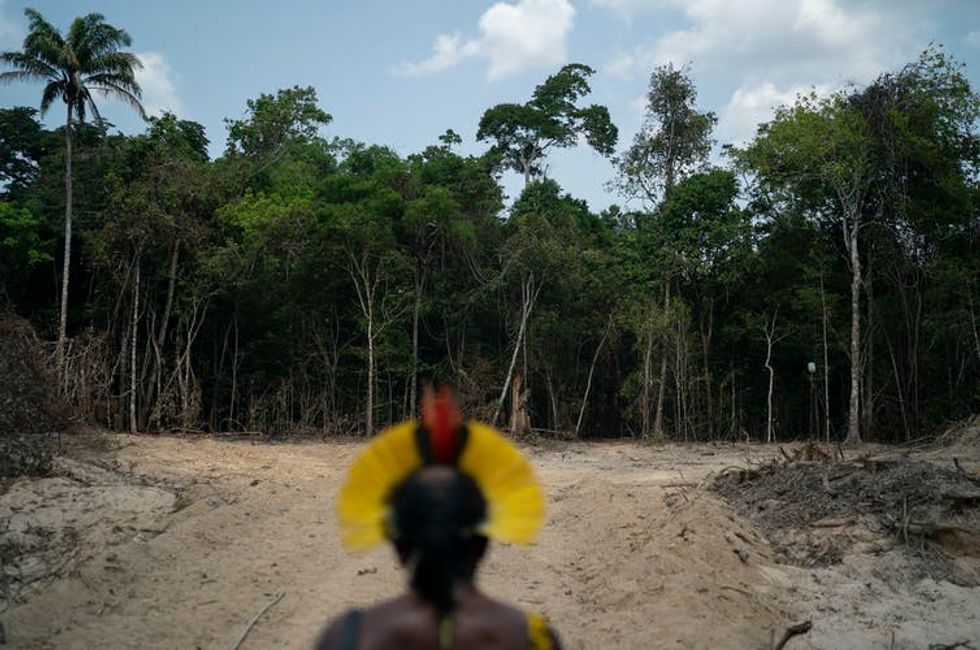 Deforestation of the Amazon is rapidly approaching the tipping point that, experts say, could lead to total collapse of the rainforest ecosystem.

Stories of deforestation can seem insignificant against the vastness of the Amazon, a region two-thirds the size of the lower 48 United States.

But for the 390 indigenous ethnic groups who inhabit the region, each burned forest grove, polluted stream or flooded dam site may mark the end of a way of life that’s survived for thousands of years.

Deprived of their land, many indigenous Amazonians are forced into an exposed life on the edge of frontier towns, where they are prey to sex trafficking, slave labor and violence. In Brazil alone, at least 1,119 indigenous people have been killed defending their land since 2003.

The Catholic Church recognizes that it still has to address the “open wound” of its own role in the colonial-era violence that first terrorized the indigenous peoples of the Americas, according to the synod’s working document. The church legitimated the colonial confiscation of lands occupied by indigenous peoples and its missionaries often suppressed indigenous cultures and religions.

For this reason, according to the Vatican, organizers of the synod have sought input through 260 listening events held in the region that reached nearly 87,000 people over the past two years. Indigenous leaders have been invited as observer participants in the meeting itself.

As a theologian who studies religious responses to the environmental crisis, I find the pope’s effort to learn from the indigenous people of the Amazon noteworthy.

The Vatican sees that the Amazon’s traditional residents know something much of humanity has long forgotten: how to live in ecological harmony with the environment.

“To the aboriginal communities we owe their thousands of years of care and cultivation of the Amazon,” the 58-page synod working document reads. “In their ancestral wisdom they have nurtured the conviction that all of creation is connected, and this deserves our respect and responsibility.”

Pope Francis has expressed his respect for indigenous peoples before.

At a meeting of indigenous leaders in Peru in January 2018 he said, “Your lives cry out against a style of life that is oblivious to its own real cost. You are a living memory of the mission that God has entrusted to us all: the protection of our common home.”

Catholicism – long the dominant religion in Latin America – is rapidly losing members to evangelical Protestantism. Evangelicals are projected to eclipse Catholics in Brazil by 2032.

One advantage evangelical churches have in Amazonian countries is that they can appoint local indigenous pastors to minister to their communities. Meanwhile, with less than one priest per 8,000 Catholics in the Amazon, some isolated communities might see a priest only once a year. 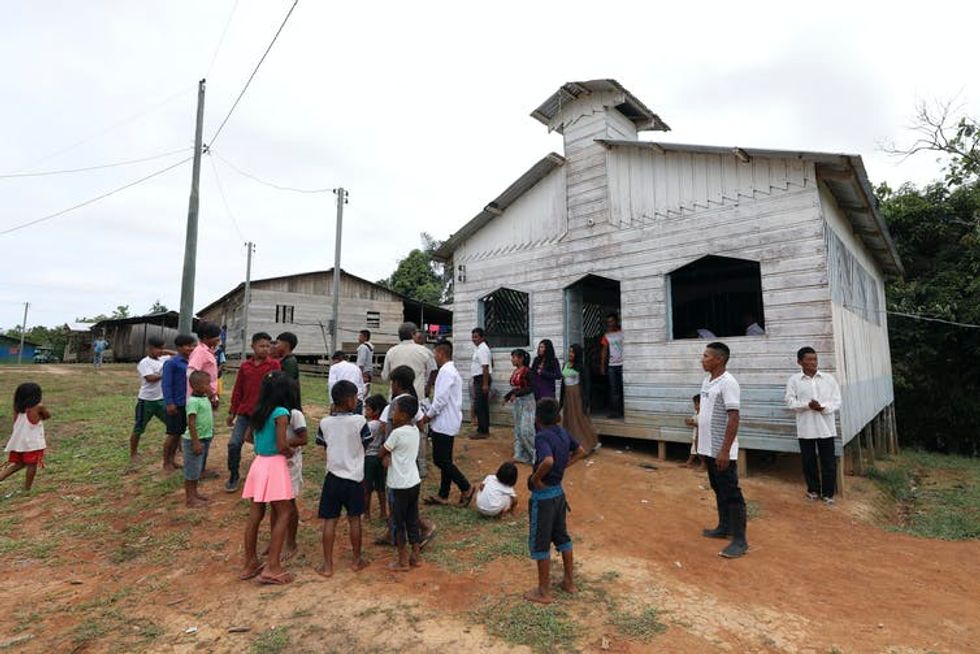 Catholic churches are in short supply in rural Brazil, where many people will go a year without seeing a priest.

The scarcity of priests in rural Latin America is behind a proposal to the synod to ordain older married men as priests in isolated Amazonian communities.

In the the U.S., the celibacy question is easily mapped onto a familiar divide. Progressive Catholics argue that clerical celibacy should be optional, while conservative Catholics insist this discipline is fundamental to the faith.

The issue is far less politicized in the Amazon, where, in the words of one bishop, the Catholic Church remains a “visiting church” with limited day-to-day presence in indigenous communities.

Some might dismiss this synod as just a meeting. But, in my judgment, it is an attempt to apply Francis’ vision of a “listening Church” to the environmental crisis. The Synod of the Amazon marks a significant shift from high-minded papal exhortations about taking climate action to a global religious community that gives voice to those living on the front lines of ecological destruction.