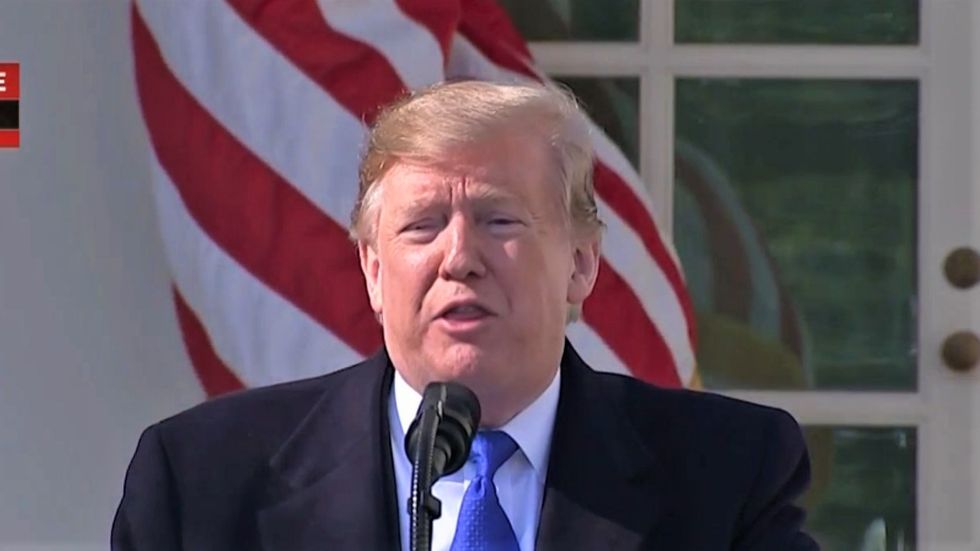 President Donald Trump started off the day by misspelling "witch hunt" in an ongoing rant against impeachment.

The president tweeted out a video clip Wednesday morning of Fox News host Jesse Watters arguing that the whistleblower complaint that touched off the impeachment inquiry was tainted by that intelligence official's professional ties to one of Trump's 2020 rivals.

"A Total Scam by the Do Nothing Democrats," Trump tweeted. For the good of the Country, this Wirch Hunt should end now!" 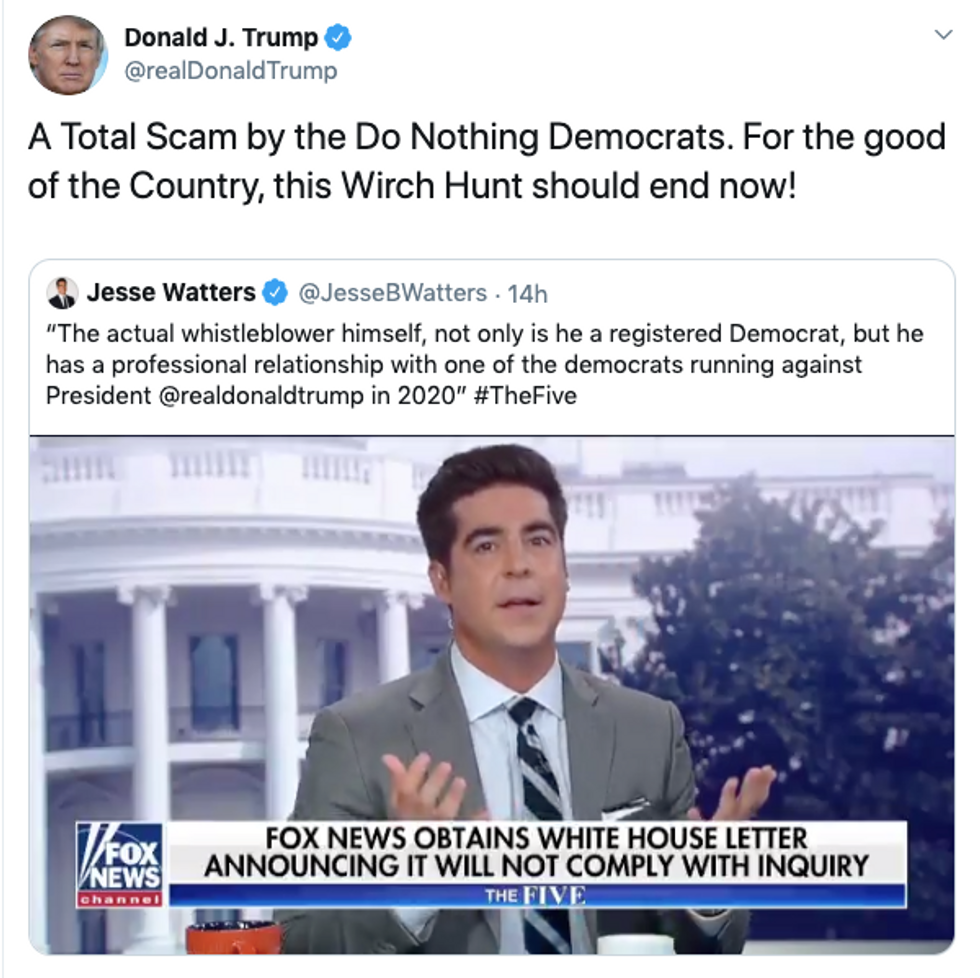 Trump frequently calls the investigations into his political and business dealings as "witch hunts," but the misspelling was a novel spin on one of his catchphrases.