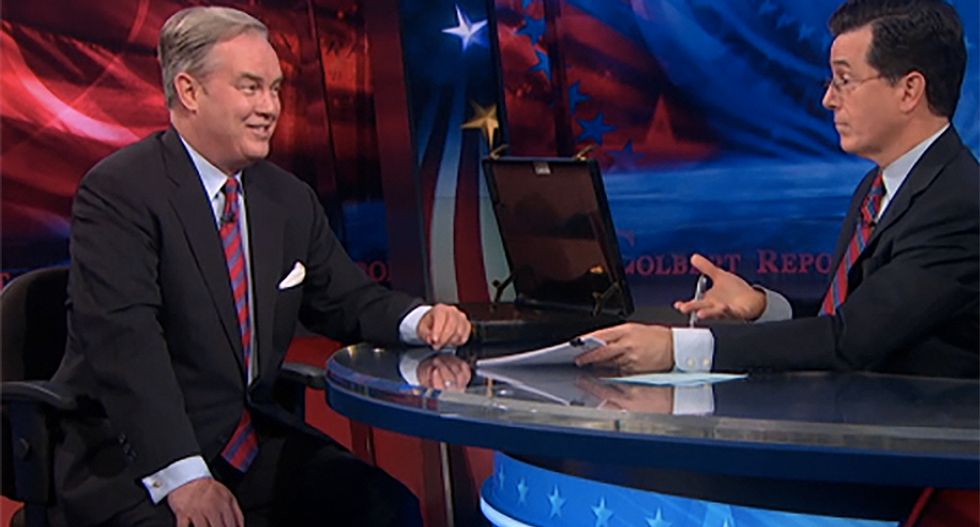 Republican lawyer Trevor Potter was one of the people behind the indictment against the two associates of Rudy Giuliani indicted and arrested overnight.

Potter, who appeared multiple times on "The Colbert Report" to talk about campaign finance law, was a lawyer for the campaigns of John McCain and George H.W.Bush.

According to a release, the Campaign Legal Center (CLC) was in part responsible for the arrests after flagging the concerning donations by Lev Parnas and Igor Fruman.

“Campaign Legal Center uncovered these secret donations and flagged them for the authorities last summer," Potter said in a statement. "We are pleased that federal law enforcement has conducted an investigation into these campaign finance crimes and made these two arrests. The public is now learning just how dangerous dark money can be in U.S. elections, including the potential for illegal foreign funds, which DOJ says were used here. The fact that these two individuals were working with Giuliani and Ukrainian government officials to alter U.S. policy in that country will obviously be relevant to the impeachment investigation.”

The organization's director Brendan Fischer explained that the two Giuliani business associates were part of the effort to find "dirt" on former Vice President Joe Biden and his family.

“Trump’s push for Ukraine to investigate Biden was helped by two Soviet-born business partners who bought access with big political contributions illegally laundered through a shell corporation," said Fischer. "As the indictment states, these contributions were made for the purpose of gaining influence with politicians to advance their own personal financial interests and the political interests of Ukrainian government officials, including at least one Ukrainian government official with whom they were working.”