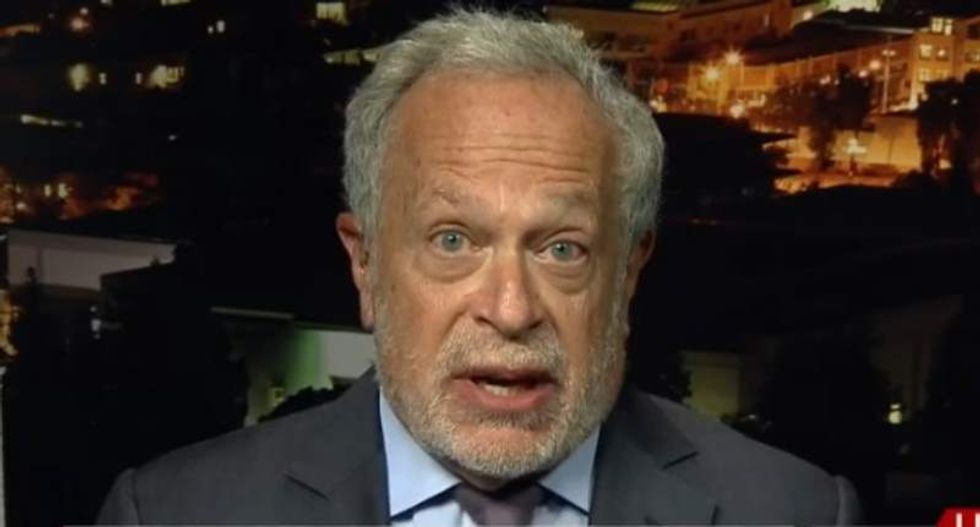 Notorious class warrior Robert Reich wrote a sharp attack of President Donald Trump for his international policies that are doing nothing more than scoring him personal cash and power.

Writing for The Guardian, Reich called Trump "the most xenophobic and isolationist American president in modern history," saying that the president has been "selling America to foreign powers for his own personal benefit."

While Trump promised during the 2016 election that he would "bring troops home," it was likely assumed that Trump meant the decades-long wars in Iraq and Afghanistan. The work on the ground in Syria was mostly being done by Kurdish allies and not American soldiers. The number of troops on the ground in Syria, prior to Turkey beginning their bombing campaign, was relatively low.

However, that pledge to "bring troops home" flies in the face of Trump's recent decision to deploy soldiers to Saudi Arabia to aid in a possible engagement with Iran.

Another reason for Trump's decision, according to Reich, is "Trump never divested from his real estate business, and the Trump Towers Istanbul is the Trump Organization's first and only office and residential building in Europe. Businesses linked to the Turkish government are also major patrons of the Trump Organization. This may be why Trump has repeatedly sided with the Turkish strongman Recep Tayyip Erdoğan, who has been intent on eliminating the Kurds."

It isn't as if Trump doesn't have enough problems to try and fix at home. Congress has passed over 50 key pieces of legislation, including legislation dealing with mass shootings, a bill to reduce prescription drug prices, and more. The Senate, however, has refused to pass any legislation. Meanwhile, American infrastructure is still crumbling, lead is filling drinking water from outdated plumbing, there's a trade war, and there continues to be a crisis with children being kidnapped by the American government on the U.S.-Mexico border.

He explained that it's precisely what Trump did when he called the president of Ukraine July 25 to ask him to dig up "dirt" on his possible Democratic challenger Joe Biden and his family.

"Trump justifies his trade war with China as protecting America from Chinese predation," Reich continued. "But he asked China to start an investigation of Biden, and last week his adviser on China conceded he spoke with Chinese officials about the former vice-president."

The call was remarkably similar to Trump's request to Russia to find Hillary Clinton's so-called "missing emails." It was mere hours when Russia began hacking into the Clinton computer servers. Trump claimed it was just a "joke," but he seems to be repeating the same "joke" to several other countries about his other Democratic candidates.

"Now Trump is playing at being a double foreign agent – pushing the prime minister of Australia, among others, to gather information to discredit Mueller," Reich continued. "Rudy Giuliani is Trump's international thug, arranging deals with foreign powers. On Wednesday, two of Giuliani's business associates were arrested in connection with a criminal scheme to funnel foreign money to candidates for office, including donations to a Super PAC formed to support Trump."

According to Reich, Trump's presidency has swapped diplomacy for "thuggery," and two whistleblowers have come forward with complaints about it, as has ousted U.S. Ambassador Marie Yovanovitch. In an opening statement to Congressional committees this week, she said that Trump's attorney, Rudy Giuliani, "may well have believed that their personal financial ambitions were stymied by our anti-corruption policy in Ukraine."

"You don't have to be an originalist to see the dangers to democracy when a president seeks or receives personal favors from foreign governments," Reich closed. "There is no limit to how far a foreign power might go to help a president enlarge his political power and wealth, in exchange for selling out America."

Read the full op-ed at The Guardian.