Rudy Giuliani had lunch with his Ukraine henchmen at Trump hotel yesterday -- just hours before their arrest: report 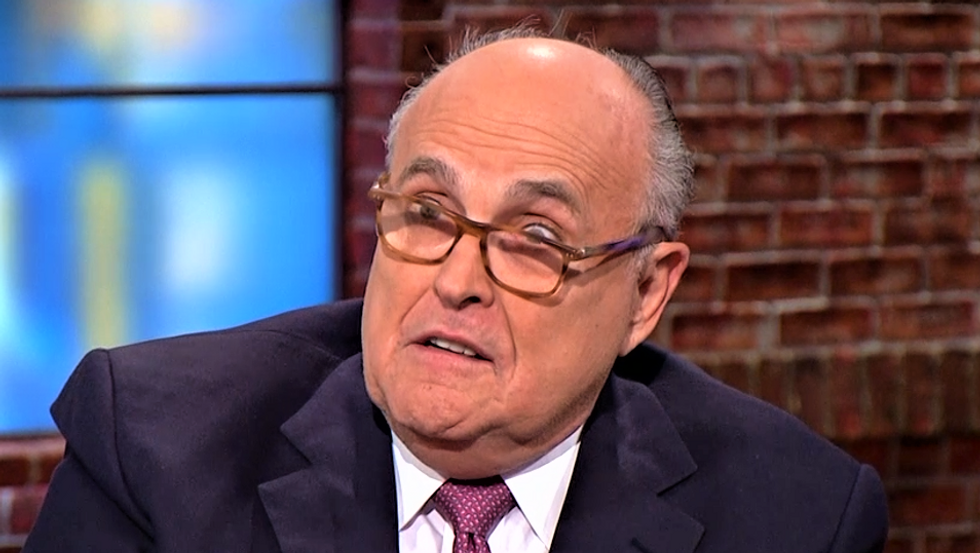 A new report from the Wall Street Journal claims that Trump attorney Rudy Giuliani had lunch with his two now-indicted henchmen at President Donald Trump's hotel in Washington, D.C. just hours before they were arrested trying to flee the country.

A source who was staying at the Trump International Hotel in Washington tells the Journal that he saw Giuliani having lunch with Lev Parnas and Igor Fruman on Wednesday afternoon.

Hours later, Parnas and Fruman traveled to Dulles International Airport, where they were arrested after buying one-way tickets on an international flight and were subsequently charged with campaign-finance violations.

Prosecutors at the U.S. Attorney's Office for the Southern District of New York on Thursday revealed that Parnas and Fruman allegedly funneled foreign cash into American political campaigns, both to assist in their own recreational marijuana business and to lobby for the dismissal of former Ukraine ambassador Marie Yovanovitch.

Parnas and Fruman have emerged as key figures in the scandal surrounding President Donald Trump’s efforts to pressure the Ukrainian government to launch investigations against his political opponents. In addition to their alleged illegal campaign activities, the two foreign-born businessmen helped arrange meetings between Giuliani and Ukrainian prosecutor Yuri Lutsenko, who at one point claimed to have dirt on the Bidens.