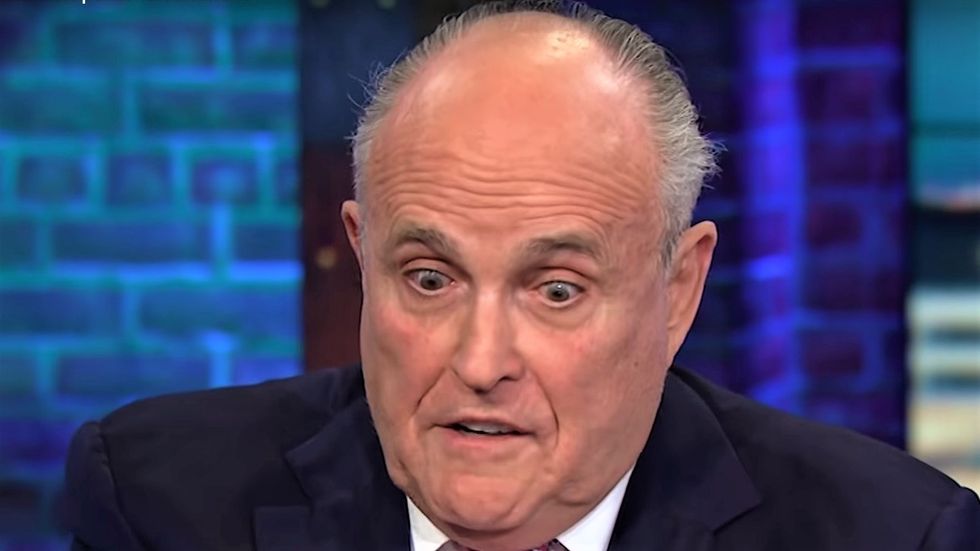 Trump attorney Rudy Giuliani on Tuesday made a bold declaration that no one in the Trump administration would cooperate with House Democrats' impeachment inquiry -- despite the fact that Giuliani himself is not any kind of White House official.

As reported by the Washington Post's Josh Dawsey, Giuliani said that he wouldn't cooperate with impeachment proceedings as long as Rep. Adam Schiff (D-CA) is running hearings on Capitol Hill.

"The position I'm stating now is the position of the administration," Giuliani said.

Giuliani tells me he won't testify or give documents to impeachment hearings being led by Schiff & would welcome le… https://t.co/R2eD47TrBz
— Josh Dawsey (@Josh Dawsey)1570556981.0

The trouble for Giuliani, however, is that he is not a member of the Trump administration and is only President Donald Trump's personal attorney.

In fact, part of the Democrats' impeachment inquiry involves examining the ways that Trump deployed Giuliani overseas to conduct business normally conducted by Senate-confirmed State Department officials, such as working out deals to secure meetings with heads of state.

In addition to speaking on behalf of an administration that he is not part of, Giuliani also told Dawsey that he welcomes House Democrats holding him in contempt.

"Let them hold me in contempt," Giuliani said. "We'll go to court. We'll challenge the contempt."

Giuliani saying he won't testify or give documents -- and that administration plans to stop others from doing so --… https://t.co/U6KvXZhhQ5
— Josh Dawsey (@Josh Dawsey)1570557777.0