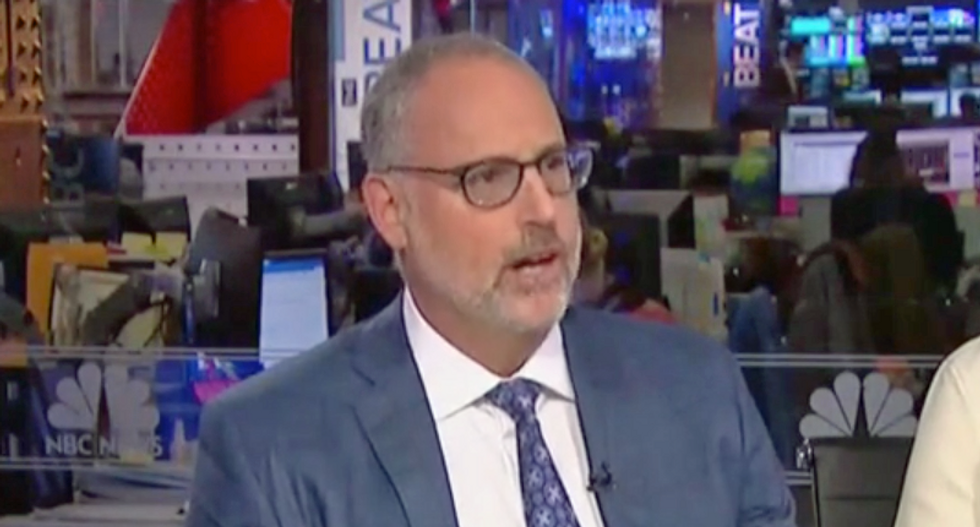 Ken Frydman was interviewed on MSNBC's "The Beat" by Ari Melber after The New York Times published an op-ed he wrote blasting his former boss.

"I was a partner in a successful consulting firm, fed up with living in a dangerous, dirty city when I went to work on Rudy’s nascent 1993 mayoral campaign," who wrote. "My work with Rudy peaked on Election Day, 1993, when his two-point victory over Mayor David Dinkins reversed a two-point loss in 1989."

"In perfect political symmetry, Rudy Giuliani now does Donald Trump’s dirty work: Vainly trying to cover up the Ukrainian cover-up and attacking a Democratic presidential front-runner, Joe Biden, and his son, Hunter," he wrote. "Watching and reading Rudy’s ferocious lying for Mr. Trump, whether on Fox or CNN, forced me to re-examine his last 25 years, especially the profiteering from Sept. 11. But Ukraine was the coup de grâce. We who admired him for so long expected much more from Rudy Giuliani and his legacy."

"It’s clear that he’s not telling the truth, and it’s clear that he is fumbling and bumbling in his attempts to do that," Frydman said. "He was very good at message discipline and control back in the day."

Melber played a clip of Giuliani on Fox News.

"Unfortunately, he looks like a right-wing conspiracy nut," Frydman said.

"You're the former press secretary to the Giuliani campaign, you're saying he looks like a nut?" Melber asked.