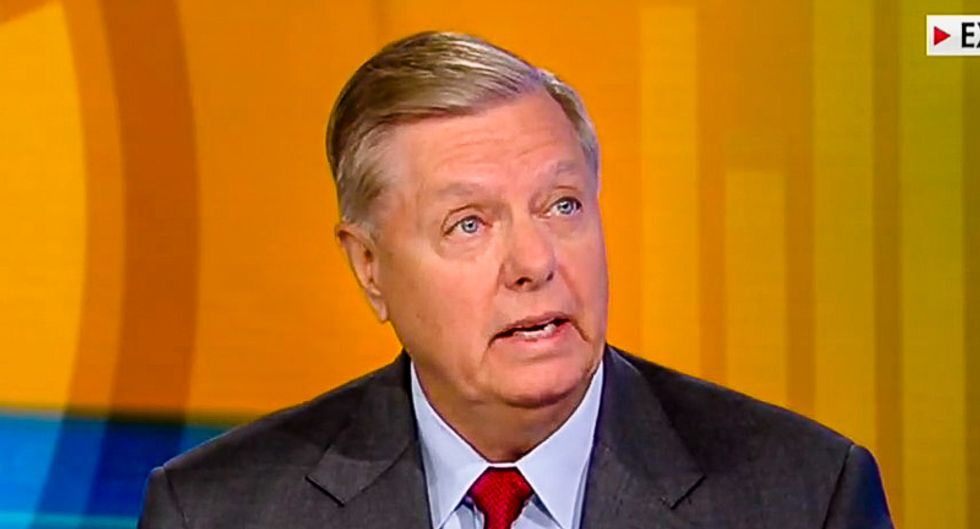 On Tuesday's edition of CNN's "The Situation Room," analyst Gloria Borger laid into Republicans like Sen. Lindsey Graham (R-SC) whose first instinct in the Ukraine scandal was to attack the whistleblower against President Donald Trump — noting that Sen. Chuck Grassley (R-IA), a longtime whistleblower rights advocate and a powerful Senate Republican, has come out in favor of the whistleblower making his case to Congress.

"Let's talk about Sen. Chuck Grassley, chairman of the Senate Finance Committee," said host Brianna Keilar. "He didn't attack the president by name, right, but he had some tough words clearly for Trump in a news statement. It said 'No one should be making judgments or pronouncements without hearing from the whistleblower first and carefully following up on the facts. Uninformed speculation wielded by politicians or media commentators as a partisan weapon is counterproductive and doesn't serve the country.' He also said that the whistleblower appears to have followed protection laws, ought to be heard. And he also was saying and debunking the idea of hearsay, right? And saying, this has nothing to do with this, this is basically just a terrible argument they're making. How significant is this from him?"

"I think it is significant," said Borger. "This is the man who is most responsible for the whistle-blower laws and for fine-tuning those laws over the years. And he made it very clear that the distinction drawn between first and secondhand knowledge are not legal one and not part of whistle-blower protection law or any agency policy, period. So take that, Lindsey Graham."

"And when Lindsey Graham is saying this is all hearsay, and first of all, the inspector general said by the way, that it wasn't all hearsay, but even if you put that aside, what you have is this Republican committee chairman saying is even if it were all hearsay, you still have to listen to this whistleblower and you have to protect this whistleblower," added Borger. "So take that, Donald Trump."