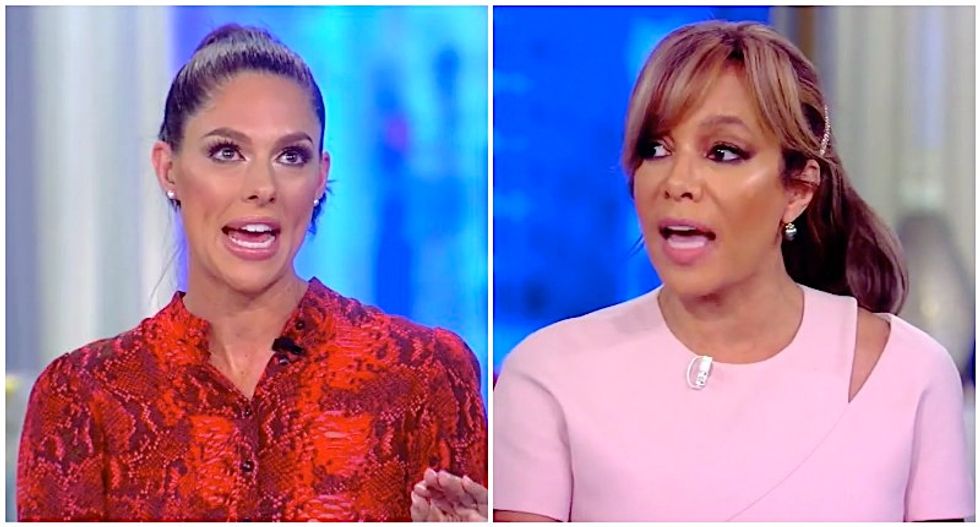 Co-host Abby Huntsman, who has become an outspoken Trump critic, argued the president should be allowed to bask in praise for the military victory, since he also shoulders the blame when things go wrong.

"We spend every day on the show with a tit for tat and trying to find a hit on Trump, and say what a terrible president he is," Huntsman said. "I'm not going to do this today, because the men and women who were involved don't deserve it. They don't deserve that conversation, they deserve to be praised for that mission."

Co-host Meghan McCain said the reaction to Baghdadi's death was muted compared to when Osama bin Laden was killed in 2011, and she was disappointed.

Co-host Sunny Hostin agreed the reaction was less than celebratory, but she said Americans simply don't like or trust the president.

"I agree that this is a win for the country," Hostin said, "and that certainly we need to honor the men and women in our armed forces that executed this, and our allies like the Kurds, who President Trump necessarily didn't thank first. In fact, he thanked Russia first."

"That is a cheap attack line, Sunny," she said.

"Oh, I think it's the truth," Hostin said. "It's the truth, that's what happened in real time. It's not an attack line."

Huntsman again complained that Hostin had attacked the president, and by extension the troops.

"Were you in the situation room when the information was coming in?" Huntsman said.

Hostin wondered whether the president was even in the situation room, and she blamed Trump for the vitriol and disagreement he's faced.

"That's why you're not hearing the patriotism that you heard when Osama bin Laden was taken down, and that's why when he showed up at the World Series, people were yelling what they were yelling," Hostin said, as the crowd applauded. "You heard them. You heard, 'lock him up,' because people don't feel like they support this president."