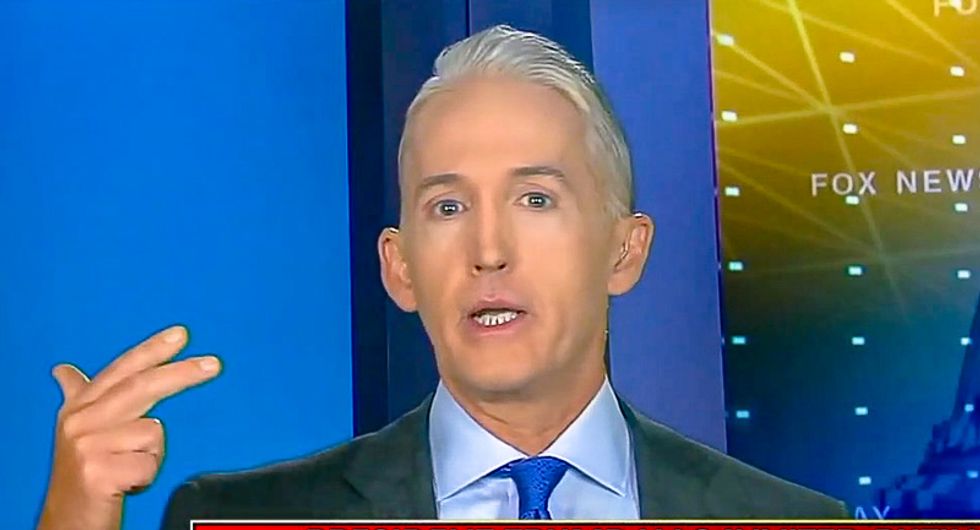 Appearing on Face the Nation former GOP lawmaker Trey Gowdy (R-SC) defied some of his former House colleagues and gave the Democrats his whole-hearted endorsement to hold their impeachment inquiries behind closed doors.

Speaking with host Margaret Brennan, the former high-ranking Republican was asked about his 2018 comments where he called public hearings "a circus" in light of attempts of a horde of GOP House members who stormed a hearing on Wednesday complaining about secrecy.

"Do you still believe that?" the CBS host asked.

"So you think these hearings, these depositions should remain private," she pressed.

"You can pick and choose which aspects of due process you're going to use," he explained. "It's not just the privacy. I mean the reason we respect executive branch investigations isn't because they're behind closed doors -- it's because there's no leaks."

After making some complaints about Rep. Adam Schiff (D-CA) Gowdy admitted, "I do understand the Republican frustration with the current investigation. my bias has always been towards investigation that wait until the end before they share their conclusion, it's not fair to do it on an hour by hour basis."