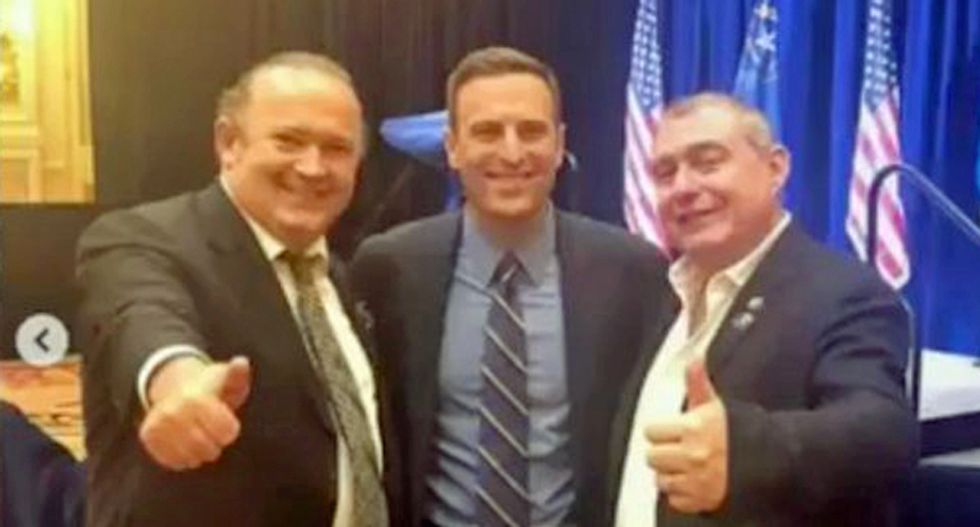 This week, The Nevada Independent published a bombshell report on former Nevada Attorney General Adam Laxalt's ties to indicted Rudy Giuliani associates Lev Parnas and Igor Fruman. On Tuesday, President Donald Trump's re-election campaign announced that Laxalt would be one of his chairs in the key battleground state of Nevada.

"So far, Adam Laxalt has been Sgt. Schultz on his contacts with two Soviet-born men indicted earlier this month, one who gave him a $10,000 campaign donation," The Nevada Independent reported. "But thanks to The Wall Street Journal, we now know more about Laxalt’s interactions with Lev Parnas and Igor Fruman. The newspaper has posted a video of Parnas’ Instagram account, and the nearly six-minute story has a section about the apparently illegal foreign money donations to then-gubernatorial contender Laxalt and his former aide, Wes Duncan, who was running for attorney general."

"I slowed down the video to extract two photos of Laxalt – one at a fundraiser shaking hands with Vice-President Mike Pence and another getting cozy with Parnas and his partner. Fruman later donated $10,000 to Laxalt as part of what the indictment claims was a scheme to 'green-light' a pot dispensary," The Independent reported.

"Laxalt may indeed have no memory of these two men who were trying to ingratiate themselves to him, hoping he would become governor so he would green-light their pot business," The Nevada Independent explained. "Laxalt also may have no idea who Fruman was when he accepted $10,000 – candidates accept many, many donations, although you would think they would vet their max contributors, right? And didn’t Laxalt’s finely attuned prosecutor’s antenna get suspicious at all during this time?"

One day after The Nevada Independent connected the dots, Trump 2020 press secretary Kayleigh McEnany announced Laxalt would be one of three co-chairs for Trump's campaign in the battleground state.