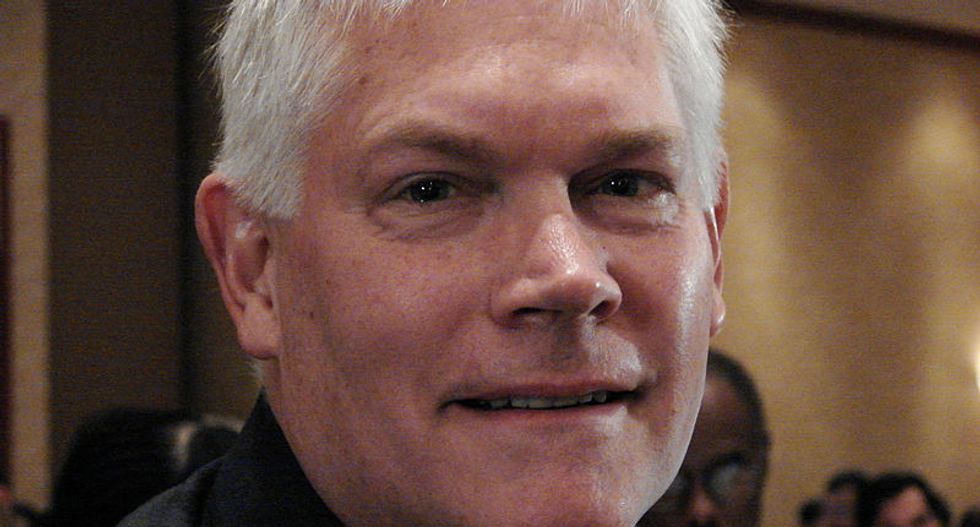 According to the 22-page indictment, a member of Congress referred to only as “congressman-1” was being lobbied by Lev Parnas and Igor Fruman and given hefty donations from the men.

"Parnas met with Congressman-1 and sought Congressman-1's assistance in causing the U.S. government to remove or recall the then-U.S. ambassadors to Ukraine," the indictment reads.

Congressman 1 could have been at least two possible members that were identified as receiving campaign contributions from Fruman: Pete Sessions or Joe Wilson.

According to NBC News reporter Tom Winter, they have confirmed that it is Rep. Pete Sessions (R-TX) that is "Congressman 1." It was also confirmed by the Wall Street Journal.

According to reports that broke Wednesday evening, Sessions pushed for a change to the Ukranian ambassador. He along with Giuliani alleged that the recall of Marie Yovanovitch was politically motivated.

The Wall Street Journal reported last week that Giuliani alleged "she was undermining him abroad and obstructing efforts to persuade Kyiv to investigate former Vice President Joe Biden, according to people familiar with the matter."

1. Campaign finance laws are not inconveniences. They are core guardrails that protect the integrity of our electio… https://t.co/geRAyIwO7y
— Ted Lieu (@Ted Lieu) 1570717836.0

Sounds like "Congressman 1" is Pete Sessions according to this Denver Post article from late September:… https://t.co/dm6H55shUO
— John Buysse (@John Buysse) 1570716974.0

Read the indictment here, and you can see the breaking news in the video below: