Trump will likely quit or make a deal because he knows he can't 'control' House impeachment hearings: ex-Trump Org VP 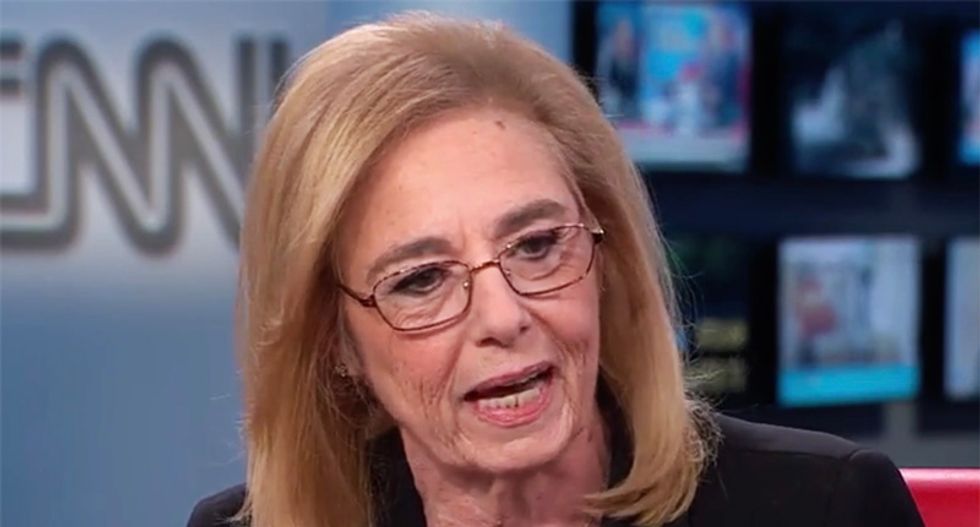 Appearing on CNN's Reliable Sources on a day when the White House refused to provide the morning cable TV shows with anyone who might defend Donald Trump, a former high-ranking executive in the Trump Organization said it is apparent the president is unraveling at the prospect of being impeached.

Speaking with CNN host Brian Stelter, Barbara Res -- who was a principal in getting Trump Tower built -- said Trump seems to be in a downward spiral.

"Telling the Russians that he didn't care about election meddling, that was a stupid thing to have said," she explained. "I never thought of him as stupid, that surprised me. Otherwise, no, this is Trump. Sometimes I say Trump-squared, since I knew him. He's had many, many years of fame and fortune, getting richer, now he does believe he's a stable genius and does believe he can shoot somebody on 5th Avenue, and so far it looks like he can."

Asked by the host what will happen to Trump if he is impeached, Res said it may not reach that point.

"I think he does a lot to save face," she explained. "I could give you examples, but we don't have time. But there are some things he can't control. We're now at the point where he can't control this, he can't do anything about this."

"It would be very, very bad for him to be impeached," she continued. "I don't know that he would be found guilty, but I don't think he wants to be impeached. I think that's what this panic is about. My gut tells me he'll leave office, resign, or make a deal, depending on what comes out."