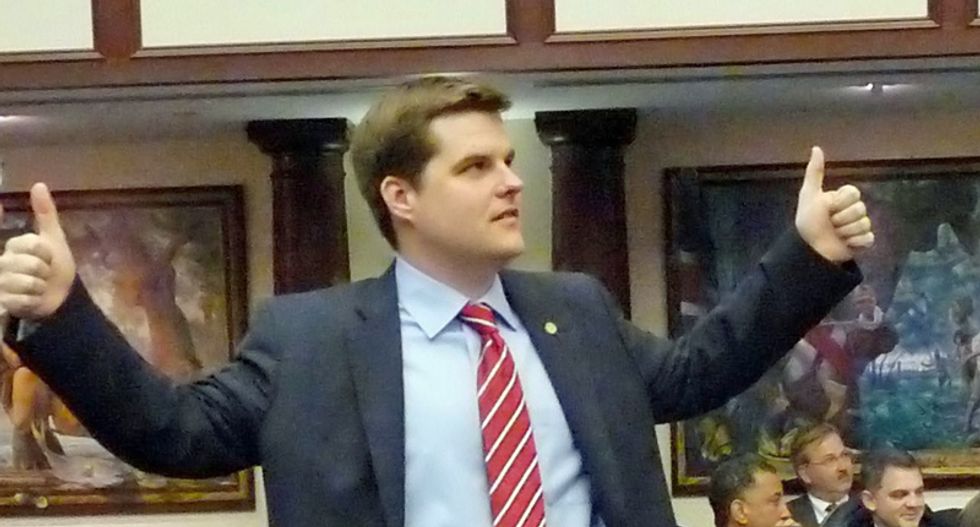 Gaetz does not sit on any of those committees, and the House parliamentarian agreed with House Intelligence committee chairman Schiff that the Trump ally could not attend the hearing.

“It’s not like I’m on the agriculture committee,” Gaetz complained afterward.

The deposition was held in a secure hearing room, and phones were not allowed inside.

Former federal prosecutor Mario Renatti speculated that Schiff and other House Democrats were concerned Gaetz would serve as "Trump’s eyes and ears."

Alex Jones abandons Donald Trump: 'We have someone who is better'

InfoWars host Alex Jones has publicly announced that he will no longer "pigheadedly" support former President Donald Trump. Instead, he is now throwing his support behind Florida Gov. Ron DeSantis (R).

Jones made the announcement this week during an InfoWars broadcast as he recalled a number of the former president's political initiatives he now claims to have disagreed with.