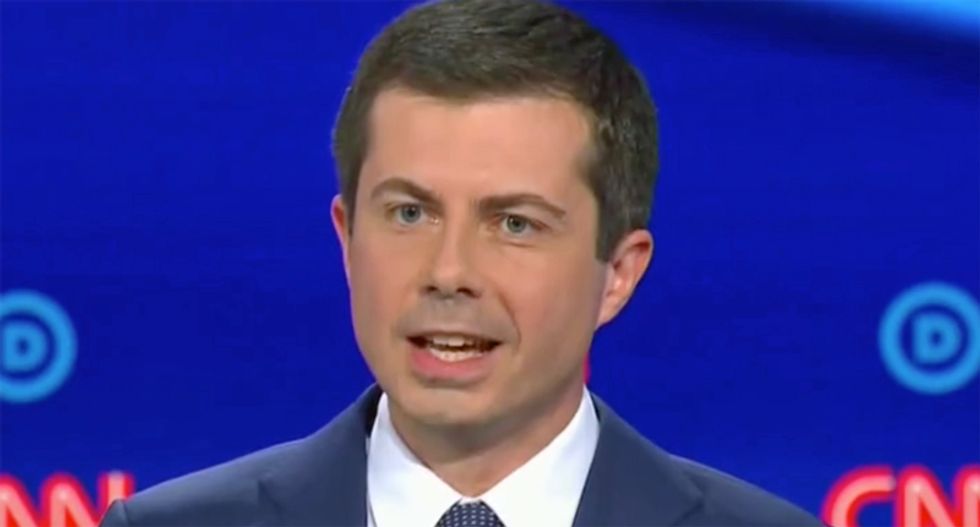 Critics pointed out that the retired justice "voted to uphold Trump's Muslim ban, voted for the Janus decision gutting labor unions, and voted to uphold voter suppression in Husted."

While explaining possible reforms "to stop the descent of the Supreme Court into becoming yet another political body," Buttigieg said that "one of them would be to have 15 members, but 5 of them can only be seated if the other 10 unanimously agree. The idea here is you get more justices who think for themselves. Justices like Justice Kennedy."

Kennedy retired from the Supreme Court last year, paving the way for President Donald Trump to nominate and the Republican-held Senate to confirm Brett Kavanaugh. Critics of Kennedy swiftly called attention to his record of judicial rulings.

Brian Tashman, a researcher at the ACLU, pointed out that Kennedy "voted to uphold Trump's Muslim ban, voted for the Janus decision gutting labor unions, and voted to uphold voter suppression in Husted."

Responding to Tashman on Twitter Thursday, Buttigieg spokesperson Sean Savett wrote that "this tweet ignores his comments in the interview, in which he said his appointments would 'definitely be people who share my values,' and how depoliticizing SCOTUS is personal to him because his marriage exists by a single vote on the court."