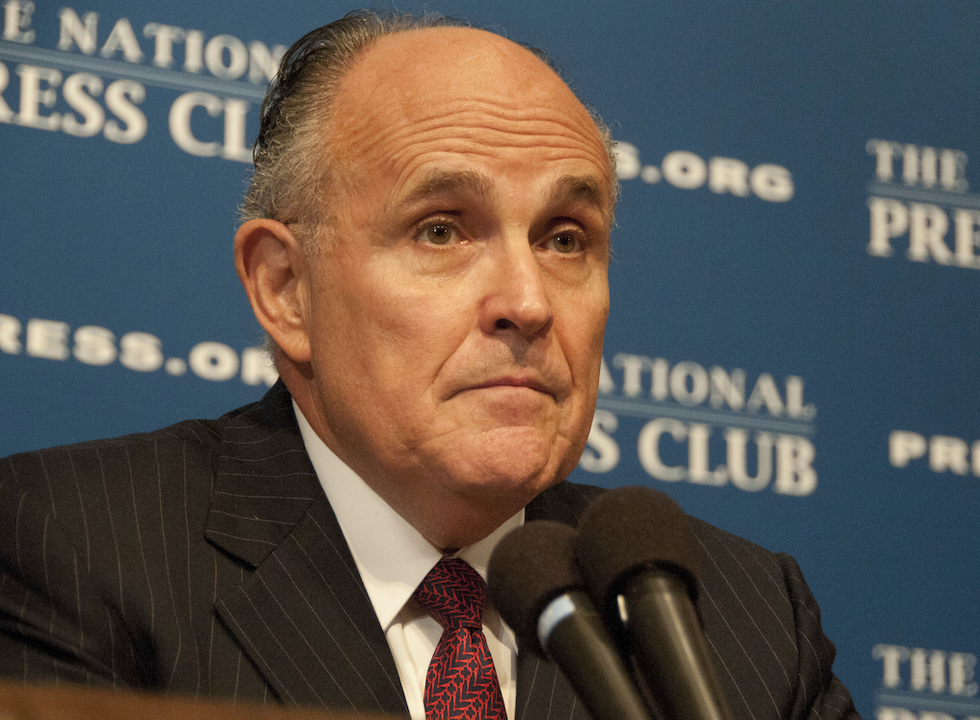 Just less than a month after President Trump named Rudy Giuliani to be his cybersecurity adviser back in 2017, Giuliani had to seek out help at an Apple Store in downtown San Francisco to unlock his iPhone because he had forgotten his password, NBC News reports.

According to people familiar with the matter, Giuliani was locked out of his phone after repeatedly trying to enter a password he couldn't remember. NBC News also acquired an internal Apple store memo documenting the incident. One former Apple employee who was there described Giuliani's predicament as "very sloppy."

“Trump had just named him as an informal adviser on cybersecurity and here, he couldn’t even master the fundamentals of securing your own device.”

While a forgotten password is a common inconvenience for iPhone users, former FBI agent for cybercrime and terrorism, E.J. Hilbert, told NBC News that the incident calls into question Giuliani's understanding of basic security measures and suggests his electronic devices are vulnerable to hackers.

“You’re trusting that person in the store not to look at other information that is beyond what you’re there to get assistance for,” Anaya told NBC News. "That’s a lot of trust you’re putting into an individual that you don’t know.”

“It’s unnerving to think that this individual has access to the most powerful person in the world and that sensitive communications could be disclosed to people who should not have access to them,” he added.