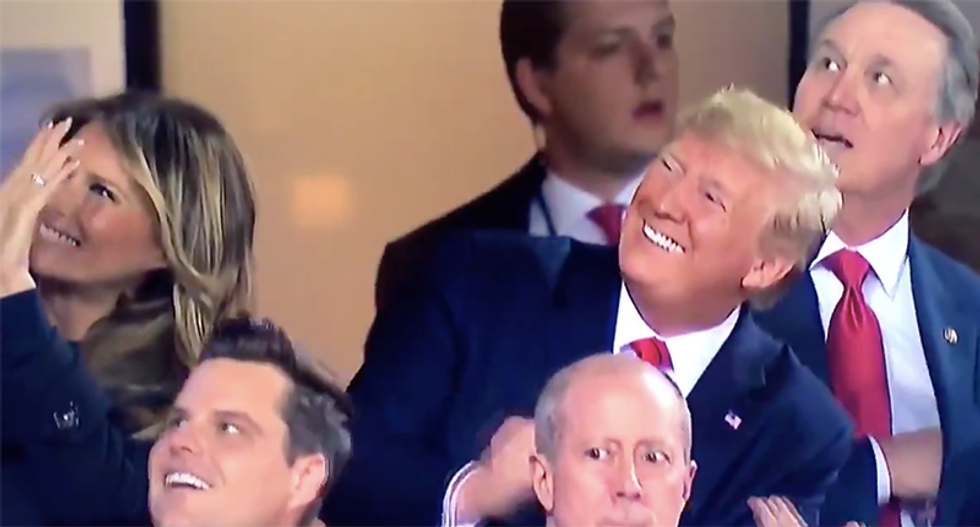 President Donald Trump, who played baseball in high school, was eager to attend Game 5 of the World Series Sunday, but the Washington, D.C. audience wasn't happy to have him there.

It was anticipated that Trump would be booed if he was announced. When he arrived, the first pitch was being thrown from the mound, and the president and his crew of Republican lawmakers weren't announced. But once Trump was announced to the huge crowd, boos erupted as well as chants for "Lock him up!"

The president's face changed from happy, smiling, and clapping to anger. 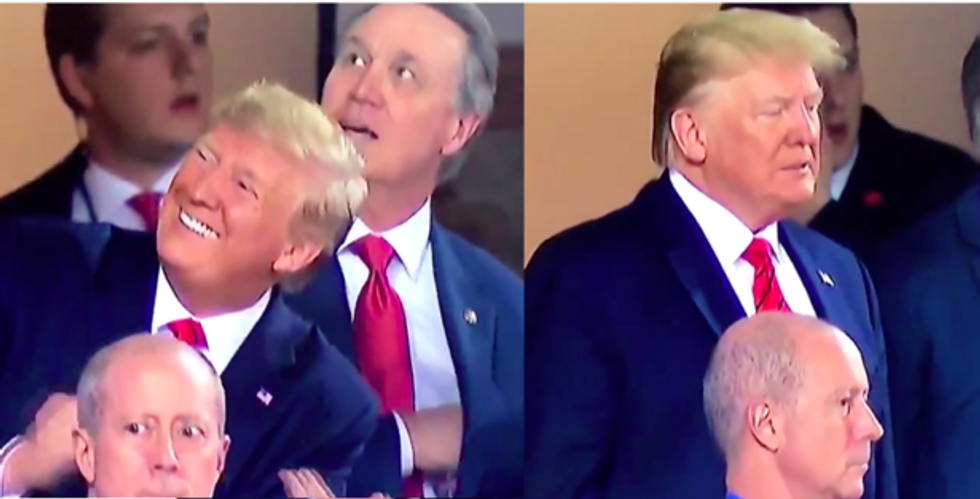